After the Galaxy Nexus announcement, there was one question still rolling around unanswered: when is it going to be released? While that question has been answered for our brothers and sisters across the pond, those of us here in the US have been left without a word from Verizon (or anyone else, for that matter). Of course, we have heard dozens of rumors, but nothing with any proof to back it up. That all changes now, though, as Verizon's Holiday Roadmap has gracefully fallen into the hands of Droid-Life. 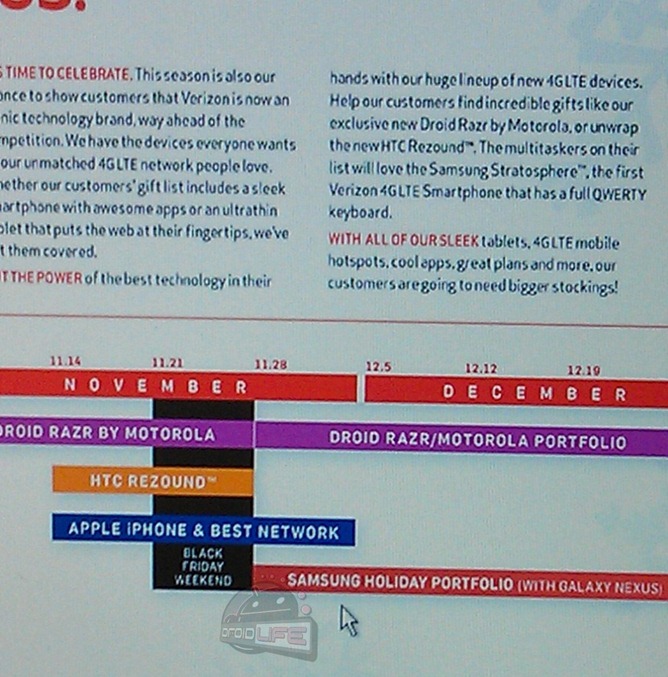 It's pretty clear-cut, and most of the devices on the list we already know about; so, let's get to the point. As of right now, it looks like the Galaxy Nexus should be landing in stores the week after Black Friday. Given Big Red's affinity for Thursday releases, I'd venture to guess that we could possibly see some Nexus action on December 1st, but there is absolutely nothing to back that date up. It's a guess, and should be treated as such.

I'm sure more info will arise as it gets closer to launch time, but at least we have something to hold onto until then.