If you've been waiting for AT&T to start announcing some smartphones for its LTE network, that time is over. Ma Bell just took the wraps off of its first two LTE-powered smartphones, and they're nothing short of impressive. 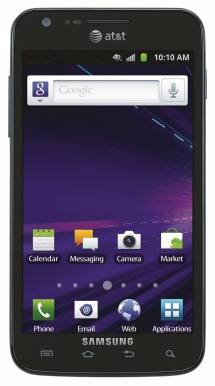 The GSII Skyrocket is an incremental upgrade to AT&T's current GSII, with quite a few beefed up specs:

Anyone regret buying the first GSII yet? 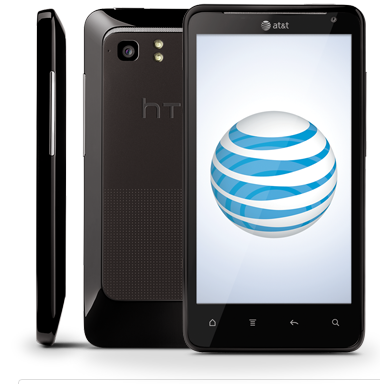 Previously rumored as the Holiday, the Vivid is now a power-packed reality.

Both devices will be available on November 6th, costing $249 and $199 respectively with a two-year agreement.

AT&T will also be expanding its LTE network to four new markets on November 6th, which will bring Boston, Washington DC, Baltimore, and Athens, GA to the mix.

Realize the full power of LTE on the HTC Vivid with fast web browsing, powered by a dual core 1.2 GHz processor and a brilliant 4.5-inch qHD display. Music and Android Market apps download and are ready in a snap, or photos and video are a breeze to upload after using the exceptional camera for low-light photos and full widescreen HD video.

HTC Vivid features the acclaimed HTC Sense user experience, which includes a customizable active lockscreen that transforms the display into a real-time window to your most important information and content, such as social updates, photos, weather or stock updates that are viewed by simply waking up the display. Sharper graphics, vibrant animations and new widgets make HTC Sense better than ever and, by continuing to focus on the details, HTC provides a more cinematic and immersive multimedia experience with stunning imagery and audible weather effects.

The HTC Vivid will arrive in AT&T company-owned retail stores and online Nov. 6 for $199.99 with a two-year commitment. Customers can learn more at www.att.com/speed.

Lightning fast reflexes powered by a 1.5 GHz dual core processor and AT&T 4G LTE speeds make the Galaxy S II Skyrocket faster for Web browsing and all your favorite apps.  A SuperAMOLED Plus display spanning 4.5-inches is the brightest, most colorful screen on the market.

The Samsung Galaxy S II Skyrocket will arrive in AT&T company-owned retail stores and online Nov. 6 for $249.99 with a two-year commitment. Customers can learn more at www.att.com/speed.

Customers can choose from tiered data plans starting as low as $15 per month. Existing smartphone customers do not have to make changes to their data plan. All plans include access to AT&T’s national Wi-Fi network of more than 29,000 hotspots.

Customers can view all smartphone data plans at www.att.com/dataplans.

AT&T continues to expand its 4G LTE footprint. The four markets launching Nov. 6 join Atlanta, Chicago, Dallas-Fort Worth, Houston, and San Antonio, which were launched in September. AT&T is the only U.S. carrier providing 4G service using both HSPA+ and LTE. HSPA+, when combined with enhanced backhaul, provides customers with 4G speeds, meaning customers get a faster and more consistent 4G experience, even when outside of an AT&T LTE area. Customers of other carriers that have transitioned to 4G LTE without further speed upgrades to their existing networks are likely to see a jarring drop-off in speeds when they move out of LTE coverage.

“The two LTE-powered superphones will be our 20th and 21st Android devices in 2011, adding to an outstanding year of Android success,” said David Christopher, chief marketing officer, AT&T Mobility and Consumer Markets. “We’ve far exceeded our commitment to offer 12 new Android devices this year –now including our first 4G LTE smartphones. We’re delivering an incredible amount of innovation to our customers, which is a huge reason why more than half our post-paid subscribers are using a smartphone.”

“We are thrilled to continue growing our relationship with AT&T and excited for the HTC Vivid to be one of the first LTE devices on AT&T for the holiday season,” said Jason Mackenzie, president of global sales and marketing, HTC. “The HTC Vivid combines an exceptional display in a premium device that delivers a powerful smartphone to our customers through AT&T’s fast LTE and HSPA+ 4G networks.”

CyanogenMod 7.1 Nightlies Expanded To A Slew Of Devices, Including AT&T's Samsung Galaxy SII, ...