Earlier this week I contacted Sprint's customer service, followed by an email to an executive and CEO Dan Hesse himself (or whoever fields his emails). The former told me there was a tower outage in my area, and a fix was incoming the next day (as you've guessed nothing is fixed as of today, 5 days later). The latter, however, kicked things into high gear.

I got a couple of callbacks and emails from Dan's office within a few hours, followed by a special department that Sprint calls TRV Escalations picking up my case. This department selectively takes serious complaints that don't get resolved by the first couple of levels of customer service and has the power to send out field engineers, analyze tower information, collect test data from the device, and generally inform whoever is dealing with them about what's going on with the network. These guys seem to know what they're talking about, and I got a feeling they're genuinely interested in getting problems resolved. Ticket counts need to go down and all that jazz - we get it.

After conversing with TRV Escalations a few times and sending them some data (speed tests, tower information, PRL, etc), I was able to assemble a picture of what's been going on with the Sprint network in the past year or so, what's going on with it now, and what's going to happen in the future. Some of this information may be common knowledge, some may be new to you, so I will summarize everything I've learned in my favorite bullet point style. 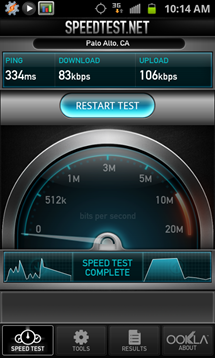 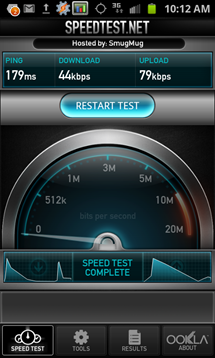 And a few random facts that don't fit in above:

So, as you can tell, the wheels to make the Now Network better and faster are in motion, or so Sprint tells me. After reading this message by another customer who was promised tower upgrades first by the end of July, then end of October, and now end of December, I am not holding my breath too hard. But I do think Sprint will sort this mess out and has already started doing so.

I hope my research into the matter has been helpful - don't hesitate to ask any questions or correct me if I got any of the information wrong - it was collected over a period of about a week from numerous phone conversations.