Adorama, one of the more popular online purveyors of photo equipment (and other electronics), are offering a couple of awesome deals on Archos' 80 G9 tablets, selling the dual-core 1GHz 8GB model, as well as its 1.5GHz, 16GB counterpart for $250 each. Of course, since the 1.5GHz model was delayed, your purchase will essentially count as a pre-order, but $250 for this power-packed tablet is practically a steal, taking a cool $80 off the original price tag. 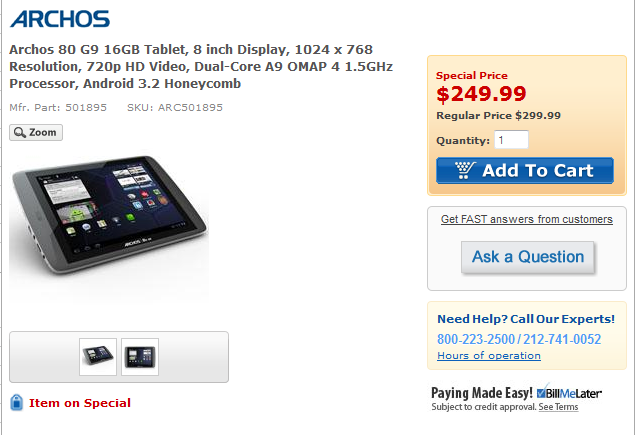 While they may be relatively inexpensive, both Archos 80 G9 tablets have a lot to offer. Here are some of their specs:

If you've been waiting for a discount on the 8GB variant of the Archos 80 G9, or want to get a great deal on its more powerful counterpart (and don't mind waiting for it to become available), head over to Adorama. The 8GB tablet can be found here, while the 16GB version is here.

MadFinger Games Hard At Work On Multiplayer For Shadowgun, Taking Suggestions From Players