The mid-range Samsung Transform Ultra was recently announced for Boost Mobile, a pre-paid subsidiary of Sprint. It looks like the Now Network loved this little guy so much, though, that it just had to snag its own version, too -- but don't expect many (or any, really) changes over the Boost Version. 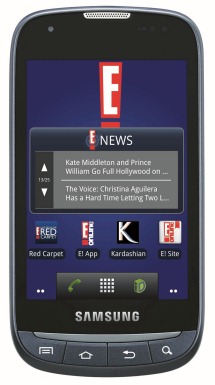 The Transform Ultra is sporting a 1GHz Snapdragon processor, 512MB RAM, a 3MP rear camera and VGA front-facing, with a 3.5-inch display, slide-out QWERTY keyboard, and Android 2.3. Neither pricing nor availability were included in the announcement.

Samsung Stratosphere Rooted, Here's How To Do It