Almost immediately after getting my hands on a Galaxy Tab 10.1, it was updated by Samsung to include the infamous TouchWiz UX. This brought about some significant aesthetic and UI changes, including a quick-access tray, which brings up a list of handy apps at the touch of a button. The only problem is that this bar isn't customizable. For those who want more options, or those not fortunate enough to have the TouchWiz experience, developer SnowBEE has released Wizz Bar. 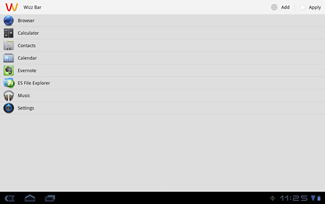 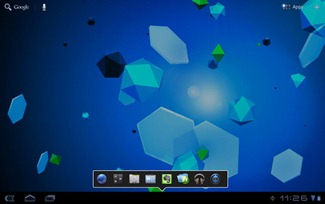 Wizz Bar allows you to create a sort of mini app tray, fully customizable with the apps you use most. For those who already have TouchWiz, Wizz Bar can be set to open by touching slightly to the right of the existing mini tray. One of the great things about this app is it doesn't require root, making it a good option for any owner of a Honeycomb tablet.

The interface is simple enough, and the app does just what it sets out to do. Wizz Bar not only makes your favorite apps accessible from anywhere, but opens up tons of possibilities for  truly minimal home screen designs, especially because it doesn't leave an icon behind in your task bar. Best of all, the app is free on the Android Market, so go grab the download and give it a try.

[Getting To Know Android 4.0, Part 1] Gmail: Android's Most Important App