Everyone has been making a big deal about NFC lately - which phones have it, where it can be used, etc. Until last night's announcement, many (including myself) didn't see much on the horizon except a fun way to pay for things using your phone. That perception has changed, however, thanks to Android Beam.

Beam utilizes NFC technology to quickly, seamlessly transfer data from one device to another. As demonstrated last night, one has only to touch the two devices together to send just about anything from web pages, to photos, to apps. 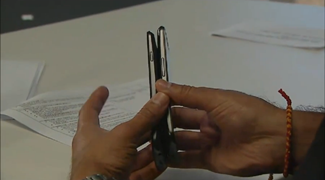 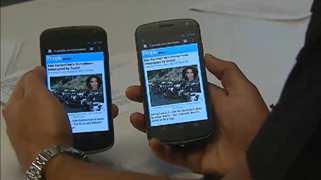 Just touch the devices back-to-back, tap the confirmation, and that's it. Like magic, whatever you're looking at on the first device will be transferred to the second device. What impressed me most about this, however, was the intuitive way it handled different types of data. One example of this is transferring an app. If the first device is running an application or game, and taps the second device, the second device will open that app's page on the Android Market. It's little touches like these that really give me the feeling that Android is working toward a more cohesive OS with ICS, one that does things you expect it to do, and works exactly how you'd want it to. 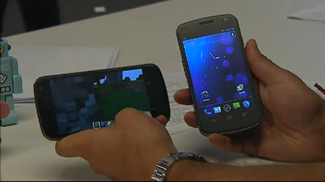 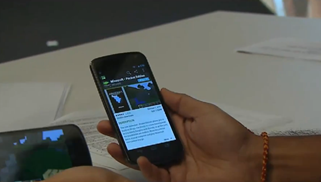 While NFC-enabled phones are not necessarily widespread in the states just yet, I'm excited to get a hold of one, especially now that ICS has given us one more way to make use of the hottest new mobile data transfer technology.