Prev
Posts in the last
24 Hours
sorted by
Hottest
Next
Update: Looks like WiFiKill was in violation of Google's terms and conditions, as it "could be used in a way that is harmful to devices, networks, or users," per Google itself. No worries, though -- the dev has the free version available on his forum, and if you want to show some donation love, you can grab the ad-free version from SlideMe.

Have you ever wanted to evict someone from your Wi-Fi network for whatever reason? Maybe your roommate is hogging all the bandwidth? Wife spending too much time on Facebook? Kids playing too much WoW? Now you can easily knock them off of the network thanks to an app called WiFiKill.

WiFiKill is pretty simple: it scans your network for connected devices and gives the option to individually kill their network connectivity. Want to take out the entire network in one go? Not a problem -- tick the "all" box and the network will be completely empty in a matter of seconds. To re-enable connectivity for any device, simply uncheck the box next to its name. 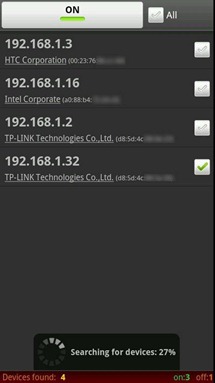 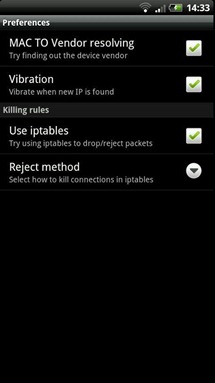 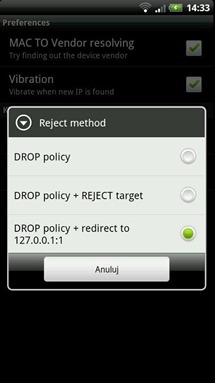 After spending a couple of minutes with the app, I can confirm that it works as advertised. My laptop and tablet were both connected to the network, but neither had access to the internet.

While this app could be useful in some situations, I'm not going to ignore the fact that it could also be used with malicious intent. I think one of the Market comments said it best: "With great power, comes great responsibility." So, if you choose to install this, do us all a favor and don't be a jackass.