Wow, what a heated hour we've just experienced, eh? Typing away and posting to our live blog, Google+, Facebook, and Twitter, while taking snapshots almost made me cross-eyed, but it's not time to stop right now. The official Galaxy Nexus site, which updates every time Google releases a new Nexus device, now has the freshly announced Galaxy Nexus plastered front and center: 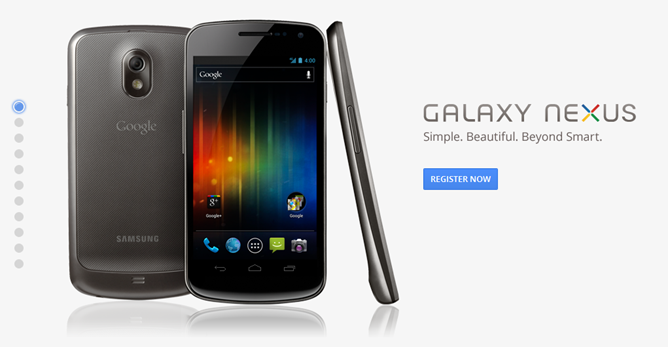 If you click the blue dots, you can check out some of the major new features included in Android 4.0 Ice Cream Sandwich and the Galaxy Nexus. We'll have a post with the details soon - in the meantime, I'll let the pictures do the talking:

Samsung's Galaxy Nexus - It's Official, It's Headed For Global Availability, And It's Amazing