Twitter is absolutely abuzz about Verizon's LTE network at the moment, but not because it's blazingly fast or convenient for on-the-go web browsing. No, Twitter is currently blowing up because it seems that 4G is down for most (if not all) VZW subscribers. For many 4G users, 3G is also having issues, likely a side-effect caused by Verizon's 4G devices. Adding to the flood of tweets, reader J Weissman has also confirmed the outage, tipping us just moments ago. 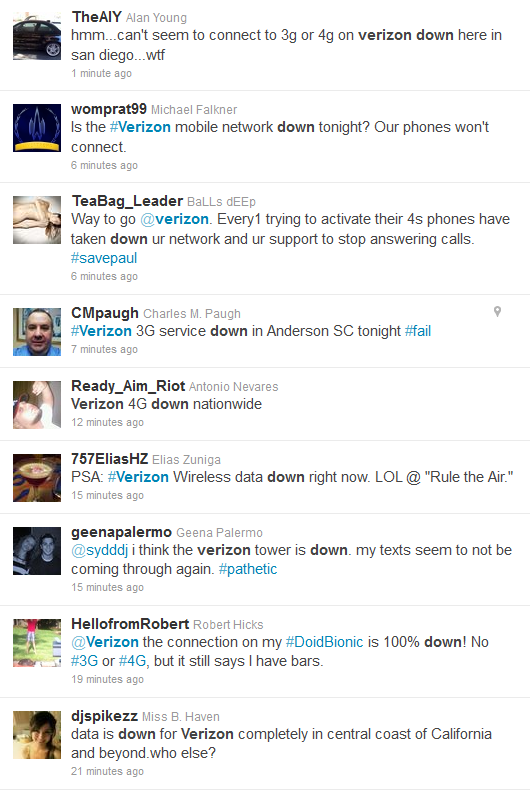 Known Verizon insider black_man_x has chimed in too, adding that Verizon's call centers are swamped at the moment.

This echoes a thread on Reddit by Vzw_insider, who also explains that Verizon currently has no ETA for repair completion. The user has, however, promised to update the thread as the night goes on.

While this is certainly an inconvenience, it sounds as though Verizon Wireless has begun working on the issue with high priority, and I don't doubt that service will be restored soon.

Flash Isn't Coming To Firefox For Android Until 2012, But The Latest Nightly Builds Have It Now