Jonathan Nightingale, Mozilla's director of Firefox Engineering, announced recently that Firefox's Android iteration will be moving away from XUL implementation in favor of a native Android UI. Nightingale, seeking to reassure users who may be wary of change, stated "Firefox on Android is a critical part of supporting the open web, and this decision puts us in a position to build the best Firefox possible."

For those not in the know, XUL stands for "XML User Interface Language," and is essentially a language that controls Firefox's front end architecture, creating various UI elements and instances. Mozilla's use of XUL in its Android version of Firefox is what leads to the relatively long startup times users have experienced until now. Personally it was this that steered me away from Firefox on Android, and seeing "startup times in fractions of a second" sounds very appealing. 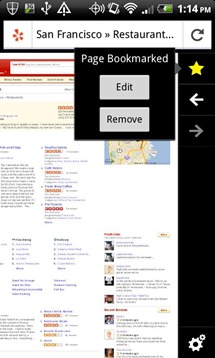 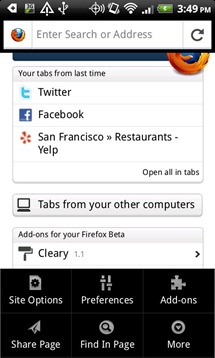 Nightingale cites faster startup, lower memory use, and better panning and zooming as benefits of ditching XUL, but there is a down side as well - moving away from XUL will cause headaches for those who build extensions, and XUL has, in the past, been of importance in easily translating Firefox into different languages, raising concerns about how either of those capabilities will be utilized in the future.

Anticipating these concerns, Nightingale explained in his statement:

"It's still early days, so we have a lot of questions to answer. We’re talking with the Add-on SDK team about the best way to support extensions. We’re talking with l10n about how to ensure we support Firefox users wherever they live around the world."

While this transition means a new UI for Firefox, it will still be running on the Gecko engine that helps it process web elements. Nightingale's message makes it clear that very little has been figured out about the actual work that will have to be done in getting away from XUL, but Nightingale assured readers that, "by the end of next week, we will have a clearer outline of the work ahead." The message also stated that any changes would not be reflected in the current Beta or Aurora channels, and the team does not yet know when Firefox with a native UI for Android might be available.

In the meantime, users can check out the Birch branch, and track progress at Mozilla's Fennec Wiki. Regardless of the timeline, it sounds like the team is focused on making Firefox for Android a smoother, more enjoyable experience while also figuring out how to maintain all the functionality users have come to know and love.

[New App] Want Your Android Launcher To Look Like iOS? There's Now An App For That - Espier Launcher

[Exclusive] The Ice Cream Sandwich Gallery Is Likely Getting A Built-In Photo Editor; We've Got ...