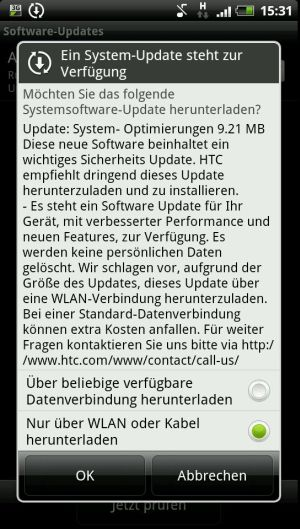 While HTC does not specify exactly what the ~9 MB update addresses, the timing seems right to relate to the preceding story. Besides alluding to some positive-sounding "performance improvements and new features", the update description does not mention any further details, and HTC certainly doesn't dwell on the nature of the security update itself.

The OTA version is 1.45.401.3, and may be polled for by prompting your system to check for an update in the phone settings. A full release log has yet to be found, so we can only presume that it deals with the vulnerability previously reported.

Update Oct. 15th: TrevE has done some digging in the subsequent EVO 3D update (GSM model - no sign of it on Sprint yet), and has extracted the "security update" routine. As you can see in the code below, it essentially deletes the contentious logging files once and for all.