Looking to expand the selection of first person shooter games available for Android, Paladin Entertainment Co. Ltd. has brought us Gun Strike. The game may not fully reflect one's expectations of a typical FPS, however. Gun Strike features cutesy, stylized baddies, and the player stays stationary throughout most of the game, shooting at enemies as they run, roll, or pop into and across the environment, using a wide variety of weapons, from hand guns to assault rifles to grenades.

While Gun Strike's visual elements are clearly stylized and aim for a sort of cartoonish simplicity, the characters are animated smoothly and accurately, and there are subtle visual touches that make the game feel quite polished and thoughtful. The game also has relatively short levels (about 60 of them, at present), making it an easy game to pick up for a few minutes at a time.

Although it's a little simplistic, Gun Strike makes a fun addition to the library of games available for Android, and can be genuinely fun to play. I look forward to the release of the game's full version which promises more environments, more characters, and a new mini game.

Considering that Gun Strike is available for free in the Android Market, there's no reason not to pick it up and shoot down a few mercenaries. 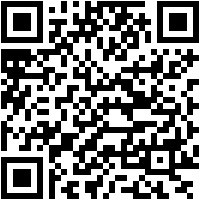 Birzzle Puts A Twist On Block-Matching Gameplay - Results In A Brilliant, Fast-Paced Puzzler