The LTE device wave will start in 2012 with 15+ devices. Phones will be dual-mode CDMA/LTE and even some tri-mode CDMA/LTE/WiMax mobile hotspots.

Sprint also says it will still sell WiMax devices through 2012. So if you are shopping for a Sprint device in the near future, make sure you get the 4G it's building out and not the 4G it's retiring. 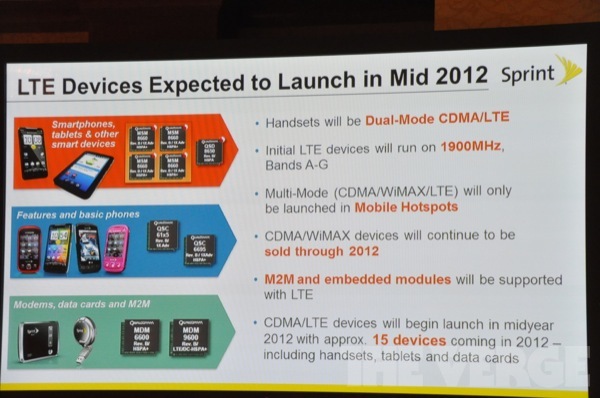 Sprint promises WiMax support will continue through 2012. However, I'd imagine if WiMax isn't in your area now, it never will be. I hope you didn't buy that 4G phone expecting service one day.

[Keyboard App Shootout Part 2] Swiftkey X Wants To Read Your Mind... And Everything Else You've ...