Earlier today we gave you a quick look at Chords from the new Google Plus 2.0 app that should be included in ICS. Now, let's take a closer look and compare the updated Google+ app to the current release, shall we? 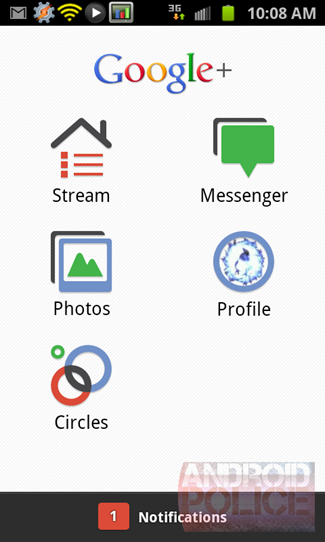 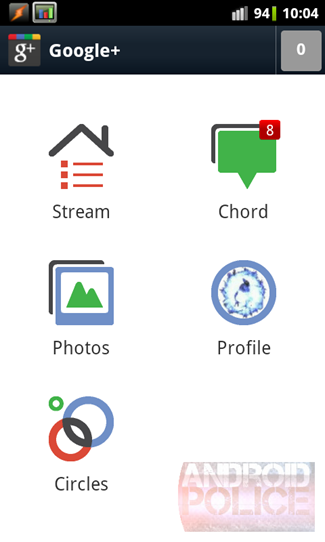 First off, the notification bar has been moved from the bottom to the top. Other than that, nothing really to see here (aside form Chord, but we've already talked about that). 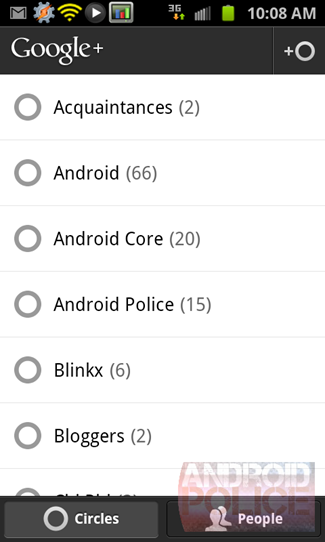 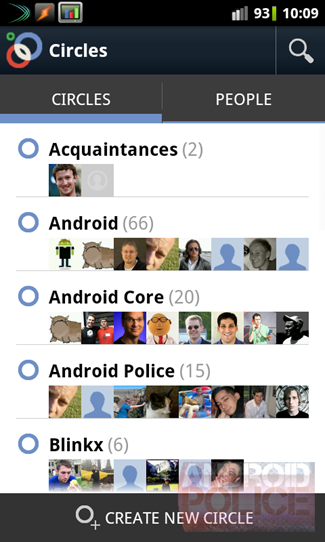 Much like the Music 4.0.1 app, this update seems to be all about polish. Everything looks cleaner and more intuitive. The overall organization and layout has been improved. 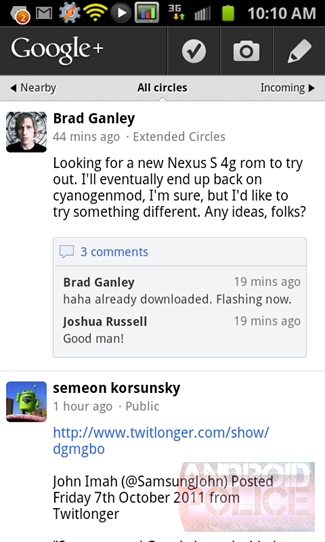 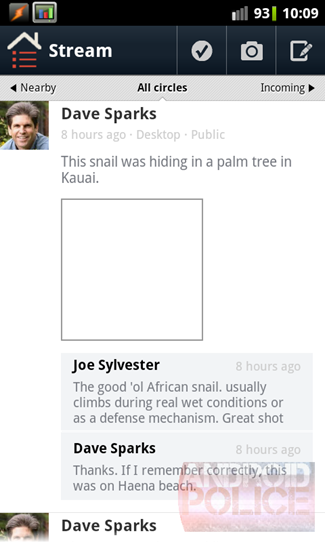 Aside form a few minor icon changes, the Stream looks (and functions) basically the same. 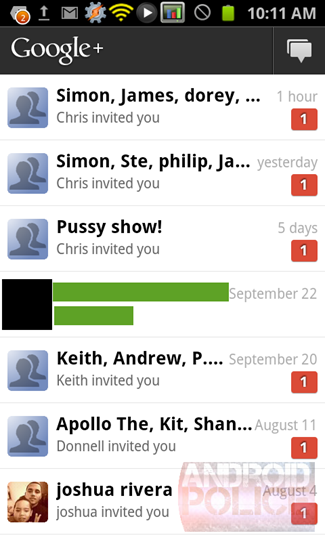 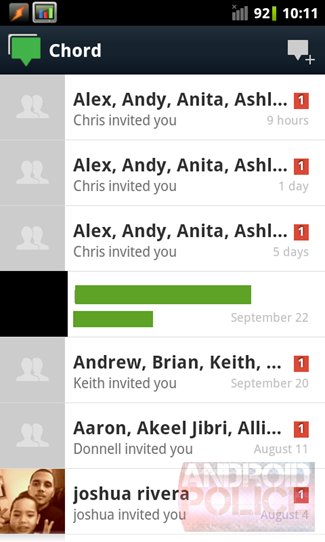 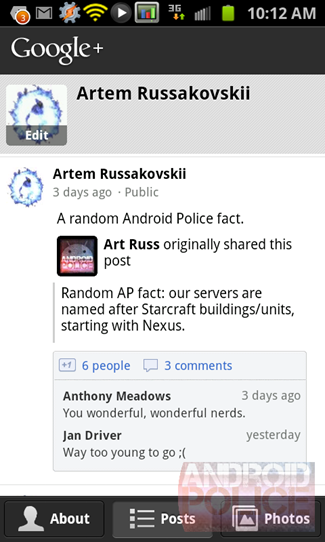 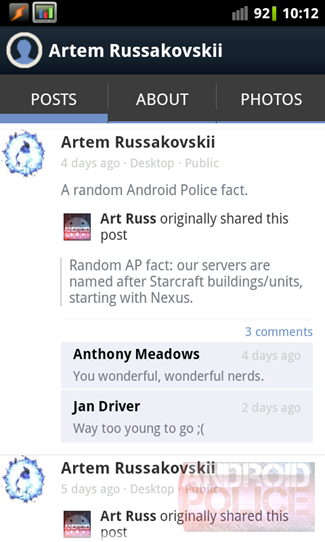 Much like the main screen, the bottom bar has been moved to the top and the overall layout is just more polished. This update is definitely all about cleanup. 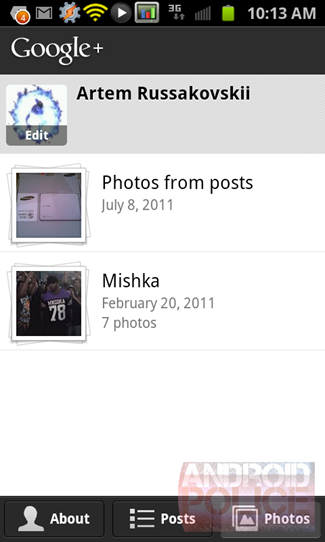 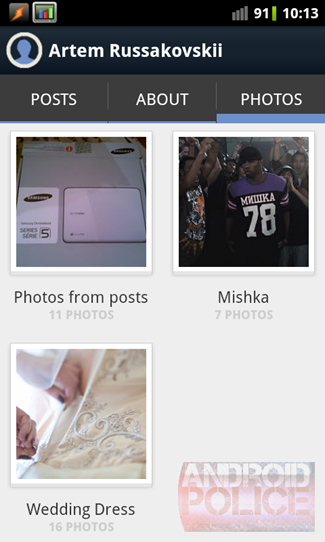 The photo albums are larger and easier to use on the small screen and also keep inline with the update theme. 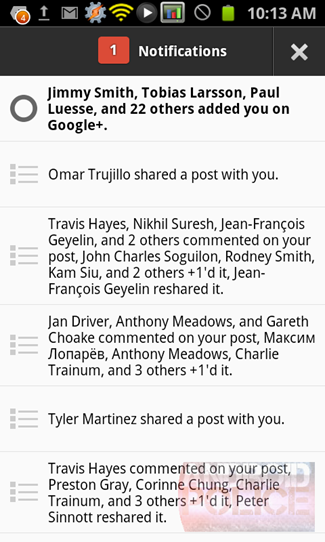 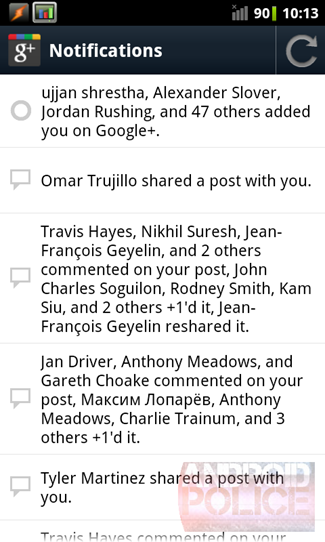 The updated Notification window is basically the exact same. Basically. 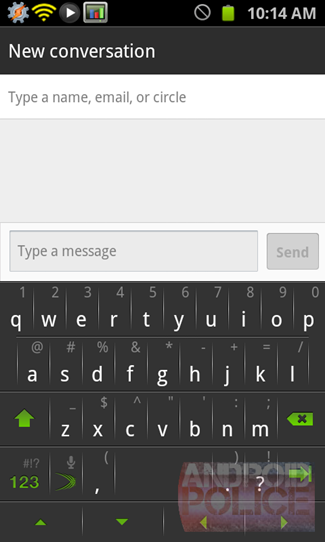 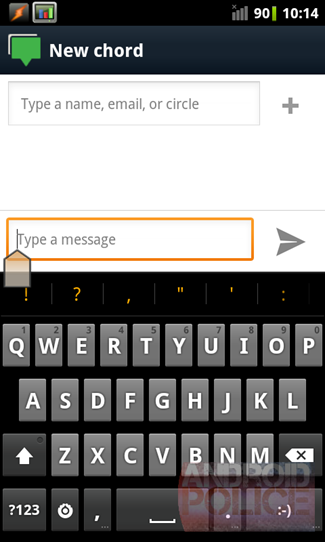 As you can see, the update doesn't bring much in way of function, but it does bring a nice aesthetic update. There is one key thing missing, however: the widget. That's right -- for some reason, the widget is nowhere to be found... but only on phones. This is most likely still a test build, so I would expect the widget to pop back up in the future. It is still available on tablets, and it's a major upgrade from the current widget. 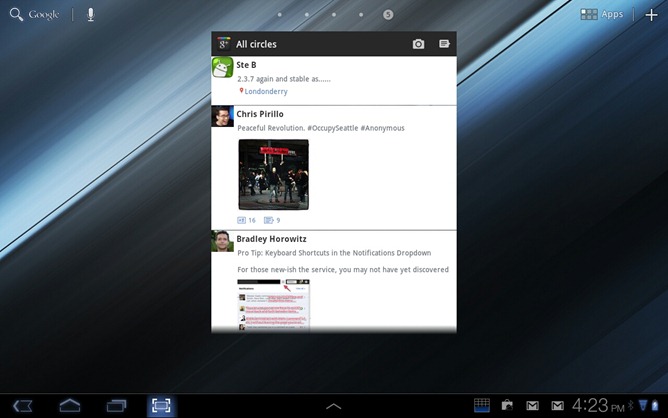 It functions a lot like other Honeycomb widgets: it's resizable and scrollable. It also lets you choose which circles you want to display, with the option to display all circles. Unfortunately, that's the only change on Honeycomb tablets. I was desperately hoping for an updated, tablet-friendly interface, but that's a negatory, Ghost Rider. Not happening this go around.

Want to give a shot for yourself? You can grab the download below. If you happen to find a new feature that we missed, make sure to drop us a line in the comments!

Case Review: OtterBox Commuter For The DROID BIONIC - If You Truly Need A Case, Buy This One