When the official Google Docs app was released a few months ago, we were all pretty excited about it. Since then, I've been using it on my phone and tablet, but have longed for an update that improved the interface on Honeycomb. That day has finally come.

Google just announced via the Google Docs Blog that an update is now available for the app, bringing an entirely new design for Honeycomb tablets. It's intuitive, fluid, and is exactly what I've been waiting on. 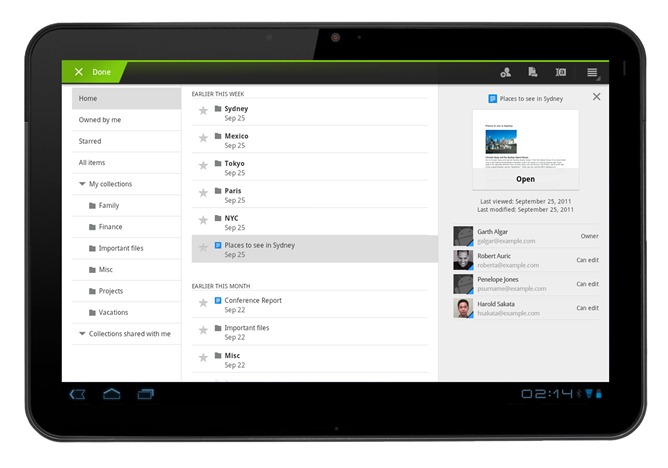 It features a three-pane view that allows quick access to your collections, as well as owned a starred items on the leftmost panel; a list of your docs in the middle, and a preview of the selected doc on the right. Once in preview mode, you can tap on any of the docs to get a quick glimpse of it, including who it's shared with, privileges of each person, and anyone who is currently editing the doc. To open the doc, simply tap on the thumbnail.

The update is available now in the Android Market and is definitely a must-have for anyone who's been using Docs on their tablet.

Gingerbread Gets Rugged - Now Available For The Casio G'zOne Commando