When we first saw ASUS' Eee Pad Slider at CES, we very nearly dismissed it at once. It was thick, tablets with physical keyboards showed no sign of gaining popularity, and Honeycomb had yet to come out of the woodwork. Besides, ASUS' own cheaper, slimmer Transformer had already caught our hearts. Our confidence was not raised by the long period of silence that followed - in fact, the only Slider-related posts we've written since January are an unofficial hands-on by a Romanian blog and the announcement of the slate's pricing.

Nevertheless, the Slider is, at least on paper, easily in the top tier of Honeycomb tablets - in addition to its slide-out QWERTY keyboard, it has one of those legendary IPS displays, coupled with a full-size USB 2.0 port and a comparatively low price tag of $475. But we all know how these things work out: specifications tend to be only half the story. So can the Slider steal the thunder from the current king of the Honeycomb ring, the Galaxy Tab 10.1, and meet (or perhaps even exceed) the precedent set by the Transformer? Let's dive in and find out what this bad boy is all about.

Before we get started, though, we want to give props to the guys at NVIDIA, who provided us with our review unit. Their support of Android Police has been incredible, and we greatly appreciate it. For more info on NVIDIA and what the Tegra 2 processor is all about, check out the Tegra Zone or download the official app.

The Slider's specs are hardly revolutionary, but they're still more than impressive:

And now, the TL;DR version of our review:

In a sentence: While it's highly unlikely that the Eee Pad Slider will be the iPad killer mind-blowing Android tablet we've been waiting for, it is a very solid choice nonetheless - and, at the very least, a more-than-viable alternative to the Toshiba Thrive.

You should buy it if: The object of your dreams is a powerful tablet that can fulfill not only your entertainment needs, but also your business demands. 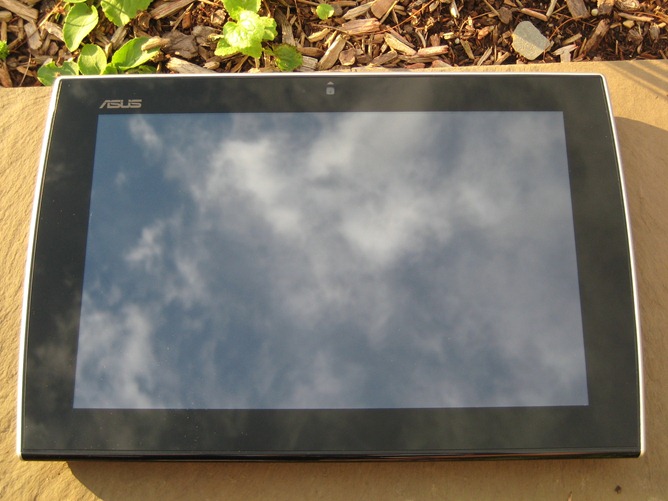 The Eee Pad Slider is an odd-looking piece of tech.

For one thing, its left and right sides are curved outward; for another, I'm still unsure of the exact color of its non-removable battery cover - ASUS calls it brown, but to me it looks far more like a dark shade of purple. 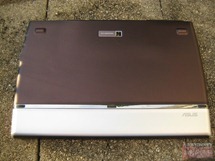 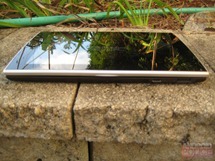 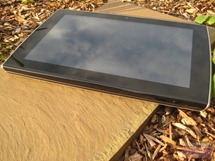 The gadget is also covered from head to toe in various bumps and lines and other accents: running across the lower half of the Slider's backside is a stylish metallic line, which itself is punctuated by three small black bumps; below that is a silver bar; and from that bar stems the iPad 1-esque border that runs around the display (unlike the original iPad, however, it's constructed of plastic rather than aluminum).

Speaking of the backside, it's relatively barren; its sole feature is the 5-megapixel camera, which is enclosed in sparkly silver/purple plastic. The sides are where most of the real action happens: the top and bottom house the speakers, miniHDMI port, and proprietary charging dock, while the left and right borders are where you'll find most of the buttons and ports - the power, reset, and volume keys, as well as the microSD, headphone, and USB 2.0 sockets.

Of course, I'd be remiss if I forgot to mention the Slider's eponymous keyboard hinge; and in short, it's a lot sturdier than you'd expect. To open it up, simply insert a finger into the slit between the display and the top of the battery cover, lift up, and let the Slider do the rest. The mechanism that upholds the display once the keyboard has been uncovered is very well built - take a look for yourself: 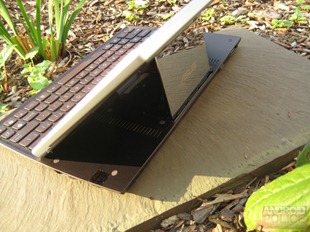 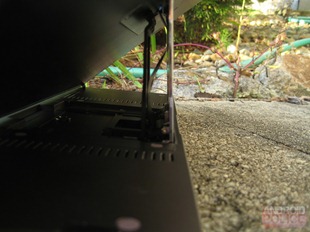 And yes, the keyboard will be discussed in further detail below

If there's one negative aspect to this mechanism, it's its fixed stance - the angle of the display when propped up is always 45 degrees, and there's no way to change that. Regardless, the mechanism does its job well and feels like it'll be able to continue doing so for quite some time.

The Slider's overall build quality is a nigh-identical story: that is to say, very good. The device does, admittedly, come off as more than a little plasticky, but that's a non-issue considering how robust it feels in your hand. The obvious downside to that is its 2.2lb weight (by contrast, the Galaxy Tab 10.1 weighs in at just 1.24lb) and 1/2" thickness (the 10.1 is only 1/3" thick), but I suppose you can't have it all. Besides, the device isn't all that hefty when you consider that it's still a hair thinner than the keyboard-less Motorola XOOM.

So, how's the keyboard itself? I wouldn't hesitate to compare its quality to that of a high-end netbook - quite a feat for a 10-inch tablet with roughly 3 inches of vertical space for the keys.

My one gripe is the rim of the keyboard tray, specifically its bottom part. For some reason ASUS found no problem with allowing this part of the rim to be so tall that it partially blocks the lower keys (Ctrl, Fn, Home, Back, Alt, Menu, Ctrl, left, down, right, and the spacebar). To be fair, I quickly became accustomed to positioning my hands so as to avoid bumping into the rim; but that's a step that should, quite frankly, not be necessary. Then again, I suppose it was already hard enough to fit a full-fledged keyboard into such a small space, so I'll forgive ASUS just this once.

As for the USB 2.0 port, it certainly isn't a unique feature - we've seen it on the much-maligned Toshiba Thrive as well as the low-end Acer Iconia A500 - but the Slider may well be the first considerable tablet to pack one. That said, I'm still unconvinced that USB ports are conducive to an enjoyable tablet computing experience - so while it certainly doesn't hurt for those times when you want to connect a mouse or an external hard drive, I (and most consumers) probably wouldn't consider it a must-have feature. 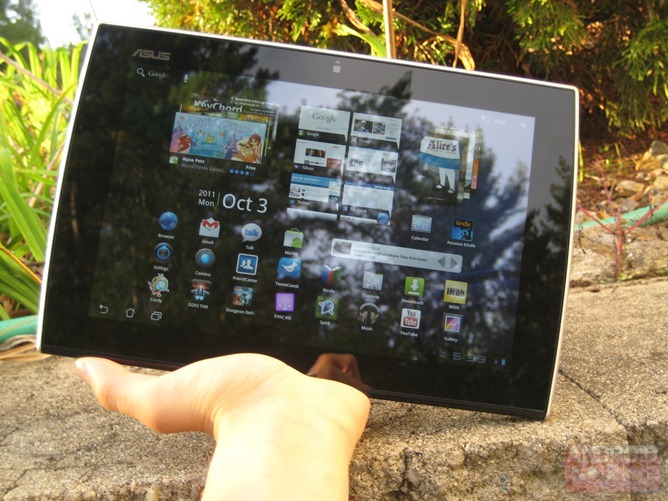 This is where the Transformer and the Slider are practically identical - both use 10.1" IPS displays, and both are visual delicacies. Colors pop, contrast and saturation are excellent, and touch sensitivity is as close to flawless as it gets. Sure, it can get a bit glossy at times, but believe me: it's worth it. With the possible exceptions of the Galaxy Tab 10.1 and the Slider's aforementioned cousin the Transformer, this is the best display you'll find on any Android tablet.

As for the speakers, clarity is almost unmatched (certainly much better than the iPad 2's tinny sound reproduction), and the volume can get pretty high as well - though they are still, after all, tablet speakers. They'll suffice for basic tasks, but if you're playing back your favorite high-quality opera (or dubstep remix), you'll definitely want to untangle those headphones.

We have yet to see a decent camera on any tablet, Android or otherwise, and, well, the ASUS Eee Pad Slider does little to upend that trend. Have a look for yourself: 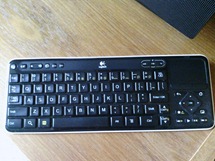 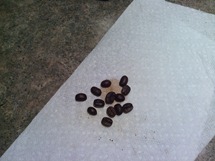 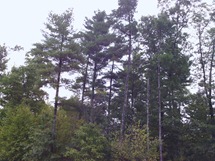 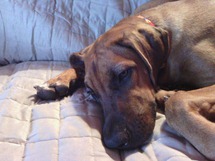 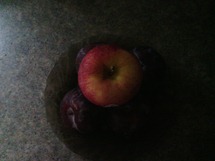 Left: Even my dog thought I looked weird with a 10" camera; Right: A paradigm of how vital flash can be when you're taking pictures in the dark (or how horribly wrong things can go when you don't have it)

ASUS claims the Slider can withstand approximately 8 hours of 'moderate use,' and though I haven't yet put it through a full battery (pun intended) of tests, that seems to be a fairly accurate figure. After an hour-long bout of 3D game-playing (Vendetta Online, thanks for asking), incessant email-checking, and a relatively brief round of web-browsing, the tablet still had more than 50% of its battery left.

Not surprisingly, there's very little to say about the Slider's performance that hasn't been said in a thousand previous Honeycomb tablet reviews - it's blazing fast and is powered by a dual-core Tegra 2 CPU and 1GB of RAM. Sure, it crashes more often than a drunk NASCAR driver, but that's likely an issue with Android 3.2 rather than an issue with the Slider's hardware.

Well, it's Honeycomb - the very same Honeycomb we've seen and reviewed on the Motorola XOOM, Toshiba Thrive, Samsung Galaxy Tab 10.1, Acer Iconia A500, and almost every other Android tablet in existence. That said, there are a few oddities in the Slider's software - ASUS has applied an almost imperceptible custom UI - that bear mention.

First up, pre-installed come four ASUS apps: a bland-looking but usable file manager, "MyCloud," "MyLibrary," and "MyNet." Sadly, I found only the first member of the quadruplet to be of any use - and even that didn't do much that couldn't be done with a free, uninstallable third-party file manager. The other three were confusing, frustrating, and/or relied on desktop software that, for whatever reason, refused to install on my computer (yes, that would be MyCloud).

ASUS has also made very slight modifications to the aesthetics of some of Honeycomb's aspects - the most noticeable ones are the improved home and back buttons in the dock. Again, nothing overly freakish, and, in general, nothing that's worse than stock Honeycomb. Let's just hope these minor enhancements don't delay updates in the future (I actually doubt they will, as the Transformer's update record is almost spotless).

Other than that, the Slider offers a straight-up Honeycomb experience: an industry-leading UI, stunning 3D effects... and bugs and crashes at every turn. Seriously, it's that bad. Open the Market app, and in less than five minutes you'll probably be automatically returned to the homescreen. Want to play a game? Go right ahead, but remember to save your progress every few minutes, for it likely won't be long before the app crashes or, better still, your tablet freezes up and reboots. Not to mention the choppy scrolling on certain websites (including ours) - I'm not quite sure whether this is ASUS' fault, Google's fault, or web developers' fault, but wherever the blame lies, the fact of the matter is that it's the user experience that suffers.

Is the ASUS Eee Pad Slider the best tablet on the market? Probably not - "best" is an arbitrary term, and besides, the iPad 2's app catalogue is far more expansive (come at me, fanboys). However, it may well be my favorite Honeycomb tablet (to be fair, I haven't used all of them), and I think it's an incredibly strong candidate for anyone looking for a slate capable of work and play alike - though that's an undeniably niche market.

That said, Honeycomb hasn't matured much in its seven months on store shelves, and if you demand stability (I don't blame you), you'd best wait it out till Ice Cream Sandwich begins rolling out. In the meantime, the Slider is a fine vehicle for both business users and regular consumers - but pack a helmet, as there'll be a lot of crashes.

Note: As mentioned earlier, the Slider starts at $475; however, we've teamed up with NVIDIA to give away four of them absolutely free. Stay tuned!
subscribe

First Blurrycam Shot Of The Nexus Prime Shows Up, Shows Off On-Screen Buttons And 320 PPI