Of all the questions that have been surrounding the upcoming Nexus Prime, there has been quite a bit of intrigue about the buttons, or lack thereof, I should say. How will it work? What will the on-screen buttons look like? How will Ice Cream Sandwich work on device that already has physical buttons?  ...and that's just the beginning of the inquiries.

While we still can't confirm how ICS will handle the latter, thanks to a leaked blurrycam photo obtained by GSMarena, we now have a better idea of what to possibly expect from the Nexus Prime and its button configuration. Have a looksee: 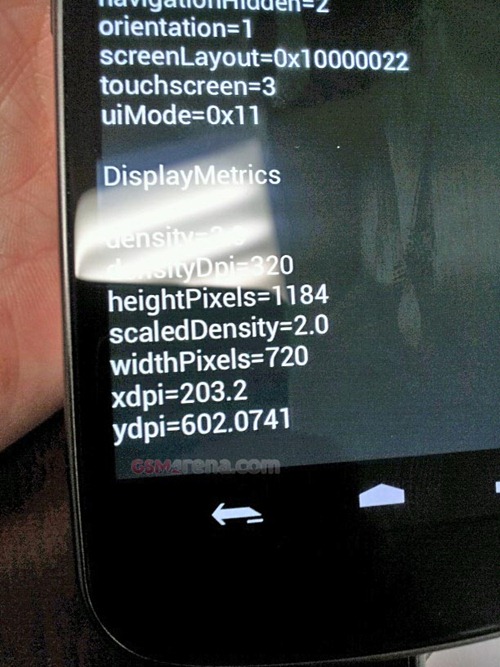 Aside from the buttons, one of the first things that you'll probably notice is the display resolution: 1184x720. This, of course, excludes the notification bar and bottom navigation panel, basically confirming a full 1280x720 resolution at 320 ppi.

So there you go -- a little Prime action to start the day.

[Review] ASUS Eee Pad Slider: Heap Another Honeycomb Tablet Onto The Pile, Albeit One With A ...