Modern smartphones and tablets are, without a doubt, multifunctional devices made to replace those that serve only a single purpose --gaming devices, mp3 players, and, in some cases, even laptops are all covered under the smartphone/tablet umbrella. As such, it's no surprise that I spend almost as much time playing games on my Tab 10.1 as I do other, more productive things.

However, one of my biggest complaints about gaming on a touch-only device is the controls. I hate touch controls. They're awkward, uncomfortable, and all-around difficult in most cases. The fact that I'm heavy handed doesn't help, either -- I'm always afraid of damaging my device during an intense gaming session. Luckily, one of my favorite Tegra games, Riptide GP, recently received an update that brought support for USB controllers to the table.

Don't get me wrong, the tilt controls in Riptide are nice, and you barely have to use on-screen buttons, but games like this just feel better to me when using a controller. I guess I'm just old-school like that. 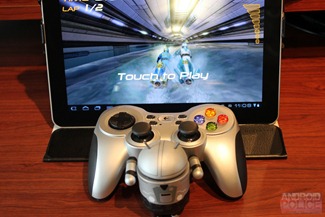 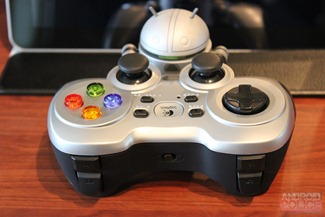 A change like this is difficult to depict through text, so I grabbed the camera and shot a video with a breakdown of setup and gameplay. The controller I used in the demo is the Logitech Wireless Gamepad F710, which is just a basic USB controller. As such, it can be used on PCs, Macs, and all Android devices with USB host support (which should be most Honeycomb tablets). It's a very solid controller, is well made, and really feels good in the hand. It sports a classic design, so using it comes very naturally.

All in all, the addition of the controller to Riptide drastically improved the overall experience for me. Not to say that the gameplay was bad before, it's just better with the controller. It's fluid, responsive, and offers that classic vibe that a lot of people really love. If you're interested in picking up the same controller that I used in the tutorial, you can grab it from Amazon for around $45. 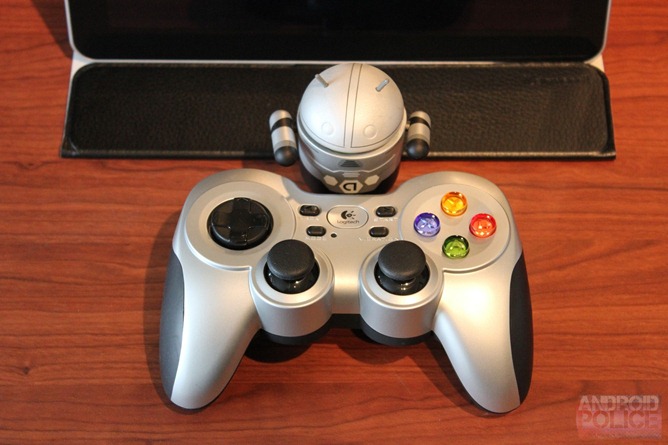 Of course, there's always the chance that we have a massive giveaway coming up shortly which happens to include this controller as part of an insanely awesome prizepack, so you could just wait for that.

Until then, if you have a controller laying around and want to give this a go it should work on all Honeycomb tablets, aside from the Galaxy Tab 10.1. In order to get it working on the Tab, check out our tutorial on the matter.

Additionally, if you have a Tegra device and don't have Riptide installed, then you're missing out. Conveniently, there's a widget just below this text so you can easily buy it. 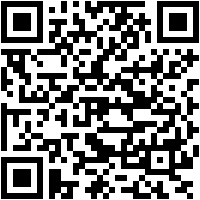