Every once in a while, an app comes along that revolutionizes the Android experience in an unimaginable way. More often, though, we get apps that simply regurgitate the same thing we've seen a thousand times before but with a different colored title bar or some such minor adjustment. A happy medium between the two, however, is necessary to the advancement of the platform. Perhaps the most important type of app is one that provides the functionality that we've been using the whole time but solidly improves how it is done. Car Tunes is just that type of application.

Car Tunes is one of the simplest apps I've ever seen. Its interface is more or less a single screen. A screen with a wheel on it. 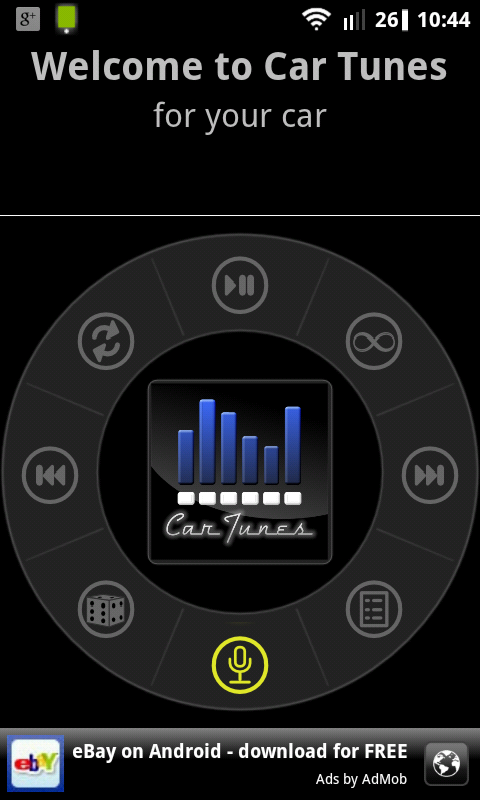 That's pretty much the entire app experience in that screenshot up there (visually, at least). It doesn't have a whole lot of functions. I'm not even going to claim it's sexy. What IS sexy though, is the fact that this app lets you use the music player in your car without looking at the phone. It operates on gestures and voice commands which, to be honest, work so well it's almost creepy.

The gestures are simply based on the wheel. It's easy enough: You draw a line in the direction of the wheel option you'd like to select. It doesn't matter where you start the line as long as the direction of it is correct. This makes it dead simple to shuffle, fast-forward, rewind, pause, play, and quick mix the music on your SD card. You can also access the current playlist this way. The interface of the playlist and library views are reminiscent of the stock Android music player. 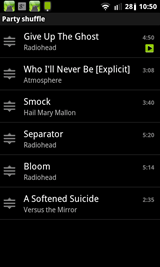 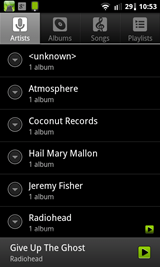 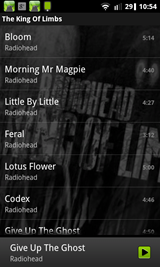 The gestures are very responsive and effective. Gesturing down, though, is where the real magic happens. The voice recognition in this app is amazing. It's fairly obvious that it's using Google's voice engine with custom commands, but for some reason everything is extra instant. You'll have to watch this video to understand what I mean:

As you can see, it works incredibly well. All in all, if this is the beta stage, I can't wait to see the final release. All we really need is an API for Google Music *coughAreyoulisteningGoogle?cough*

Car Tunes is free, and you can grab it in the Android Market here: The Winner Of The Creative Banner Design Contest And The Owner Of A Brand New Lenovo IdeaPad K1 ...