In case you need a refresher on the specs:

If that's not a good enough deal for you, Amazon Wireless has the same device for just $149.99 for both new accounts and upgrades, with the added benefit of free shipping. This is only the first day of release, so we're bound to see even better deals pop up soon, but if you've been patiently waiting for this device, Amazon Wireless is probably the way to go. 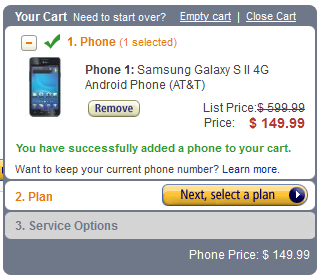