When I first removed the Griffin stylus from its packaging, the first thought to cross my mind was 'wow, this is heavy!'. It probably weighs at least double what my other styluses do, but that's just a guess. The point is this: it's much heavier than I expected. 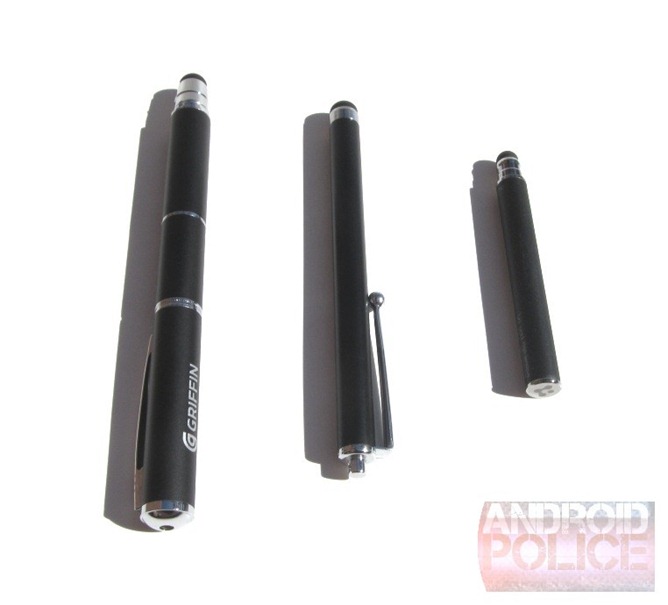 The weight isn't necessarily a bad thing, though -- it actually feels quite good in-hand. However, I do worry about the damage that it could potentially do to the display of my Tab 10.1 if I were to drop it directly onto my Tab.

The design of the Griffin Stylus/Pen/Laser Pointer is simple and well thought out. Give the stylus end a little tug and it pops out, displaying the pen. Flip it around, placing the stylus tip back in the cavity where the pen just was, and you have a fully functional writing utensil. This brings me to my next concern: if I forget to switch it back to a stylus after using the pen, there's a chance that I could grab it without paying attention and scratch or dent my screen (good thing I have the SGP screen protector, no?). While that scenario isn't probable, it is still possible. 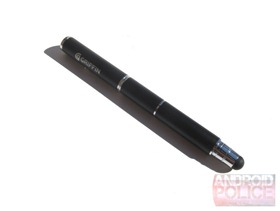 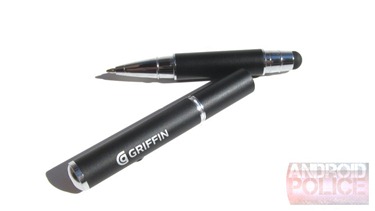 As a stylus, it works as you would expect -- just like your finger. The added weight of the unit really helps here, as I've found that the screen responds better with this stylus than it does with my other, lighter, styluses.

Normally, I'm not a rollerball kind of guy, but the Griffin pen is actually pretty nice. I've been using it as my primary pen and stylus for the past couple of weeks, and I've grown quite fond of it. It's a smooth writing experience, doesn't smear (since it's a rollerball), and works well. Much better than I expected. The ink chamber is refillable as well, so once it hits 'E', you can toss an applicable ballpoint cartridge in there and keep on writing. It's worth noting, however, that I've yet to find a clear definition as to which cartridges will fit this pen. 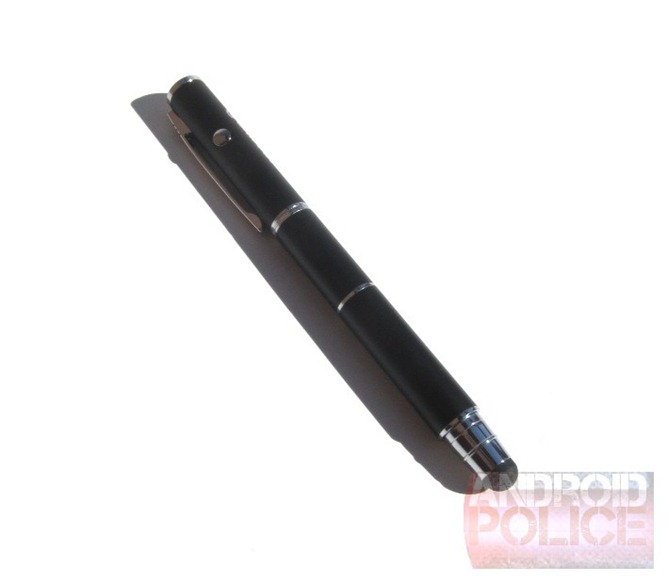 It's a laser. You can use it to point at things. It works. 'Nuff said.

There's no questioning the build quality of this little guy -- it's solid. My one complaint about the build is with the laser pointer button. It's loose, creating a minor rattle, which is slightly annoying. That's not really something that I want to listen to each time I tap with the stylus or use the pen to jot something down. It's not a deal-breaker, though, as it's pretty easy to overlook. Still, I would've liked to see a little more TLC paid to small details like that.

Otherwise, it feels good. The clip is strong, construction feels solid, and everything fits together perfectly.

I like this stylus/pen/laser combo. Personally, I could do without the laser (which would, in turn, reduce the weight), but I can also see how it could prove to be quite useful. For $50, there are cheaper solutions available, but I can't promise that they will provide as good of an experience as the Griffin unit has for me. With that said, I do think the price is a bit steep, so if you happen to find it cheaper (I couldn't), I definitely recommend it. Even at full price, though, it's still a highly useful accessory to have, so if you're looking to splurge, I say go for it. I probably would.

However, if you're just looking for a stylus and nothing more, then you should save yourself a few bones and go with something a bit more reasonably priced.