Sure, it's no powerhouse, but a 4-inch SLCD at qHD res? Sounds hot. The Hero S will be available next month for $199 after a $100 mail-in-rebate and two-year contract. 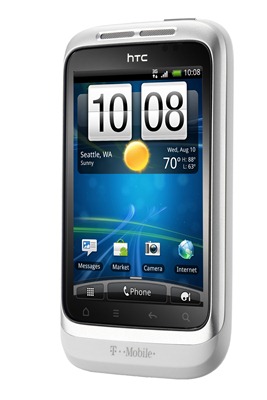 That name may sound familiar, because it's the same device that's already running on T-Mobile's network. It's a low-ender, but should work out perfectly for anyone new to the smartphone world, the tweener of the family, or anyone looking to save a buck. Or two.

The Wildfire S will be available in two color variants (black and purple) for $80 after $100 mail-in-rebate and two-year agreement. 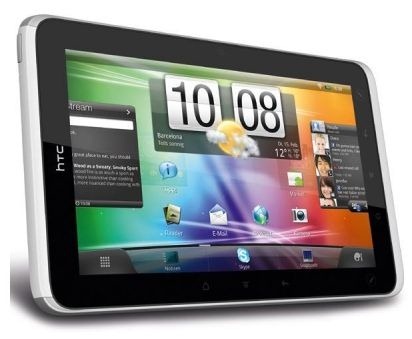 Rounding out this trio is HTC's first shot at a tablet, the Flyer. The Flyer is one of the more unique Android tablets on the market due to its use of a proprietary stylus, or digital pen. It is also unique in hardware compared the flood of Tegra 2 tablets in existence:

All three devices will be available next month, but no exact release date has been announced.

CHICAGO (September 28, 2011) – U.S. Cellular (NYSE: USM) announced today that the HTC Wildfire S™ and HTC Hero S™ smartphones, and the HTC Flyer™ tablet, will arrive in stores next month. All three devices are powered by the Android™ operating system, which gives customers endless options to customize the devices to fit their lifestyles.

“We’re excited to give our customers even more choices by offering these cutting-edge devices,” said Edward Perez, vice president of sales and marketing operations for U.S. Cellular. “Our associates’ commitment to helping each customer find the right device to organize and simplify their life is one of the reasons we have the happiest customers in wireless.”

HTC smartphones and tablets powered by Google’s Android operating system lets wireless users personalize the devices. With more than 550,000 Android devices activated each day and more than 250,000 helpful apps available to stay organized, entertained and in touch with family and friends from anywhere, consumers are realizing the unique benefits that Android-powered devices offer.

The sleek and stylish HTC Hero S runs on Android 2.3 (Gingerbread) with HTC Sense™, which helps keep customers at the center of their social world by bringing together all the different ways they communicate - from calls to IMs to status updates. It also features HTC Watch™, which allows customers to view their favorite television shows and movies on the smartphone’s vibrant 4-inch Super LCD touchscreen with qHD resolution. The Hero S also features a 5-megapixel camera with autofocus and a 1.3-megapixel front-facing camera that lets users quickly capture pictures and video. The Hero S will be available for $199.99 after $100 mail-in rebate along with purchase of a data plan.

Also powered by Android 2.3, the Wildfire S will appeal to customers moving up to their first smartphone. Available in grey and purple, it features a vibrant 3.2-inch touchscreen with HTC Sense and a 5-megapixel camera. Customers new to smartphones can easily download and enjoy useful apps. The Wildfire S will be available for $79.99 after $100.00 mail-in rebate along with purchase of a data plan.

The HTC Flyer is small enough to hold in one hand and powerful enough for e-mail, web browsing, entertainment and apps. The 7-inch tablet is driven by a 1.5 Ghz Snapdragon processor that lets customers cruise through applications, play games and watch TV and movies. The HTC Flyer also comes with 32GB of memory on-board  to store music and videos. An optional HTC Scribe™ pen can highlight text, make notes, draw and even sign documents right on the screen. The HTC Flyer will be available for $199.99 after $100 mail-in rebate with a two-year contract and a $54.99 data plan.

U.S. Cellular’s value-packed national plans are tailored to meet customers’ data needs. The $79.99 Primary Plus Plan is the best value in wireless and offers 5GB of data with unlimited text, picture and video messaging. The plan also comes with 450 voice minutes, free incoming calls, free nights and weekends, and free mobile-to-mobile calls. A family of four who switches to U.S. Cellular can save more than $1,000 a year with the company’s National Premium Plus family plan.

U.S. Cellular customers also get unique benefits, like new phones faster without continuously signing contracts, free incoming calls, text and pix, free Battery Swap and a rewards program where they get points for paying monthly wireless bills on time, adding a line or referring new customers. All U.S. Cellular devices are backed by the carrier’s high-speed nationwide network, which has the highest call quality and network satisfaction of any national carrier.

To help smartphone and tablet users get the most out of their devices, U.S. Cellular hosts free in-store Device Workshops. Associates guide attendees through all of the features and functions of the company’s Android-powered, Windows Phone and BlackBerry devices, and help them personalize their phones to enhance their lives. The workshops are open to everyone.

For more information about all of U.S. Cellular’s Device Workshops, deals, plans and phones, visit any U.S. Cellular store, go to uscellular.com or check out U.S. Cellular on Facebook.