Everyone's getting on the peace train, it seems. T-Mobile, in concert with Verizon's filing last week, submitted an amicus curiae ("friend of the court") brief to the Federal Court for the Northern District of California this morning in regard to the ongoing patent and trademark suit between Samsung and Apple. Its contents? Basically the same thing Verizon's said - that denying Americans their 4G Samsung devices just for some silly little patent infringement will hurt 4G deployment in the US and decrease access to high-speed mobile broadband. T-Mobile actually refers to Verizon's brief in their own document, basically saying "Yeah, whatever he said, too." 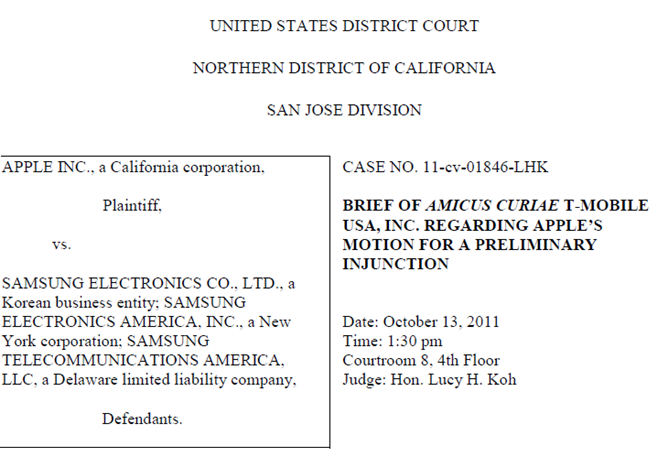 After T-Mobile's statement regarding the fact that it still doesn't have the iPhone earlier this week (as though customers needed a reminder), this brief is a pretty logical step for the company to take. Still, it's clear that the wireless industry doesn't find the idea of Samsung 4G phones being stopped at the border, just in time for the holiday season, very amusing.

You can check out the brief here.

Now all we need is for AT&T to throw its hat into the ring - though that might cause our heads to explode. I guess we can shoot for Sprint, even though none of the products involved are on Sprint's network.

Department Of Justice Taking A Second Look At Google-Moto Deal, Probably No Cause For Alarm