It's no secret that we love developers here at AP -- they are what fuels the Android ecosystem, after all. To show our appreciation for the elite group that get to call themselves 'devs', we've already successfully sent five on their way to various conferences to help further their skills and networking. At the beginning of the month, we gave away two three tickets to the Android Open Conference in San Francisco, and, more recently, we sent a couple of lucky devs to AnDevCon II, also in SF.

For those on the East Coast, though, a trip across the country may not be in the budget right now. We understand that, so we've teamed up with the Apps World Series to offer you a chance to win one free ticket to the event in New York City on November 1-2.

Like previous giveaways, this is for the ticket only. You are responsible for your own transportation, lodging, and any other associated expenses. The ticket is non-transferable, so please, don't enter if you can't go.

Apps World is a series of conferences across the globe all about app developers. It's a place where devs can learn, network, and collaborate with like-minded folks on new or existing projects. It's not just for the dev, though -- Apps World also welcomes manufacturers, carriers, IT professionals, and appstores. The ticket for this particular conference is for the New York event only, but there's also one happening in Europe at the end of November, so all you EU devs may want to keep an eye on that (hint, hint).

Apps World isn't just about mobile development, either. There are also workshops that focus on TV and web development, as well as marketing. You can expect to get insight from some of the industry's leaders, including speakers from Twitter, Rovio, Dell, AT&T, NBC, Google, and CNN, just to name a few. The conference features over 50 exhibitors and more than 100 speakers, so regardless of how long you've been in the game, you're sure to learn something new.

Tickets to the event range anywhere from $730 to $980, depending on how many days you plan on attending. There is also a free option, and while it does get you in the door, you can't access any of the key workshop zones. 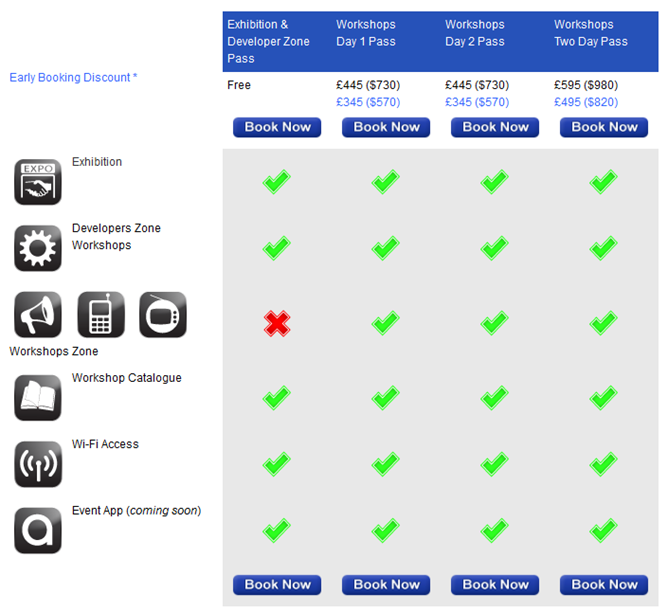 As part of the deal that we worked out with the Apps World folks, we were also able to score a 15% discount for everyone who orders tickets, simply use the coupon code ANDROID15 when you checkout.

As much as we'd love to send you all to this event with free tickets, we have but one to give away. This ticket will score you access to everything the event has to offer, including both days and all workshops.

Remember, this giveaway is for the ticket only. Travel, lodging, and other expenses are not covered.

This contest is now over. Here is our winner:

Entering is simple. Drop a line in the comments telling us why we should choose you. That's it.

The giveaway will end in one week -- October 4, at 11:59PM PT -- after which the winners will be selected and notified.