Toshiba announced Tuesday their upcoming Thrive 7, a smaller variant of the original Thrive tablet. Carl Pinto, Vice President of product development has dubbed it "a seven inch tablet done right," touting an HD display, an "incredibly portable" design, and a weight coming in under a pound. 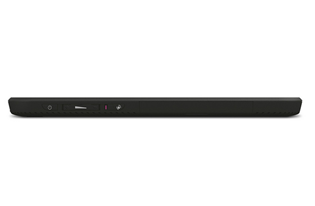 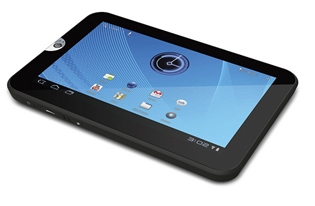 The Thrive 7 includes all the ports users have come to expect, including Mini USB, Micro HDMI, and a Micro SD card slot. The new Thrive also carries many of the same specs as its big brother, including:

The Thrive 7 still sounds a bit hefty, however, measuring .47" thick, but it also features Toshiba's Easy Grip finish, making it easy to keep a hold of.

Toshiba's new tablet offering is expected to drop at major U.S. retailers and ToshibaDirect.com at some point in December, but no exact date has been specified yet.

Personally I am still waiting for more details surrounding the Excite, but it will no doubt be interesting to see how this 7" tablet performs alongside the Amazon Kindle Fire and other Android devices due out this holiday season.

Sprint Will Launch Its Own 4G LTE Network, Set To Debut In Early 2012