With Ice Cream Sandwich on the horizon, we at AP thought it would be a good idea to give you a roundup of what Google's been cooking up in Building 44. We actually know a good deal about the future of Android; I'm talking real, solid facts. These are features Android engineers have demoed or talked about, and acquisitions Google has made related to Android technology. We even have pretty clear timelines for most of them. A quick note before we get started: most of these videos are like, an hour long -- you're only expected to watch about 30 seconds of them, so pause whenever it gets boring. Anyway, let's get started!

It has come to our attention that, while most of the points in the article were officially announced, there are a couple (mainly "keyboard" and "text-to-speech) that are speculatory. It's very likely that these features are indeed being implemented, we have no way of knowing what Google is really up to.

Near Field Communication (NFC) allows devices to wirelessly transfer small amounts of data over a short range. Just tap one NFC-equipped device against another and the bits start flying. If you've been following Android news (and I know you do) you probably first heard about NFC from Google Wallet. Wallet's goal is to replace the credit card swipe with a phone tap. Saving you the "hassle" of digging out your card when it's time to pay. Well at Google I/O 2011,  Google revealed that they've been cooking up other uses for that neglected NFC chip: sharing!

Google plans on letting you transfer just about anything from one Android device to another with a tap. Just a tap. The phrase they kept using was "0-click sharing." There is no preparation, no app to open, just tap 2 devices together and it works. They demoed transferring contacts, web pages, apps, and coolest of all, YouTube. It's very slick. If you're in the middle of a video, you can tap to transfer the link and even the current time. If you have an app open, the other phone loads that app's Market page. But that's just the beginning. To quote the Android engineer giving the talk, "We want to build this into as many system apps as we can." Android developers have access to it too, so expect NFC sharing of pictures, music, files, calendar events -- you name it.

We were given a concrete release date at Google I/O 2011. I linked directly to the cool part of the video, but at the beginning of the demo, the Android Engineer giving the talk says, "Here's some ideas we're going to put in the Ice Cream Sandwich Release." You can't get more concrete than that.

Keep in mind this requires your phone to have the requisite NFC hardware, it's not just software. Right now that means you need a Nexus S or certain Galaxy S II variants, so most ICS upgraders will be out of luck. However, by the time Ice Cream Sandwich rolls around, NFC should be standard equipment on new phones.

Text to speech is the "voice" of your phone. When you're using navigation, and the phone tells you to "Turn right onto Main Street," that speech is generated by Android's text to speech (TTS) engine. Text to Speech launched with Android 2.0 and hasn't seen a single update since. The current engine is called "Pico TTS" and it is, in a word, terrible. To be honest though, it's supposed to be terrible. It's right there in the name. "Pico" is derived from the Italian "piccolo," meaning "small". It was never meant to be good. The primary concern was making it fit into the Droid 1's 512MB ROM.

Today, however, phones regularly ship with 16GB of internal storage (partitioned, of course), and that means more room for fancy things like a great sounding text to speech engine. So Google, after realizing the current TTS sounded like GLaDOS's boring little sister, decided to upgrade. In December 2010, they whipped out their wallet and bought speech synthesis company Phonetic Arts. 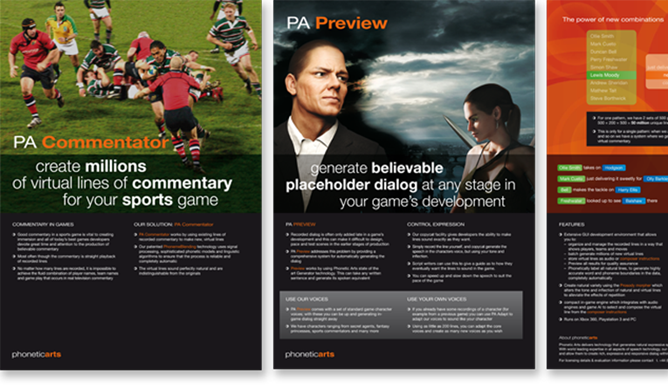 Phonetic Arts specialized in voice solutions for video games. Their most Android-applicable projects were PA Studio, which supposedly could generate a TTS voice from samples of a human voice, and PA Commentator, for sports games, which could “describe every play, mention every player name, every team name, score, stadium and every other detail of the game, all in a completely fluent, perfectly natural manner.” I wish I had a demo to show you, but after the takeover Google completely (and creepily) erased Phonetic Arts from the internet. However, by all accounts, Phonetic Arts was a worldwide leader in speech tech, and had an active R&D department. So while Madden commentary will still be terrible, Android's going to sound a whole lot better.

In the blog post announcing the acquisition, Google talked specifically called out the Google Translate text to speech feature and Android's Navigation instructions. Sadly, there's no timeline for when this is happening. However, the purchase was 9 months ago.

Mess up every letter? Blindtype's got you covered. Miss the entire keyboard? No problem. They just move keyboard to wherever your fingers think it should be. Google obviously saw their YouTube videos and started throwing money at the screen - they were public for only a few months before getting snatched up. As far as I can tell, the keyboard was never released.  Just like Phonetic Arts, their website was erased from the internet, but luckily archive.org got a hold of it this time. Google has owned Blindtype for a while now -- almost a year. I actually included it the last time I did this.  I'm starting to wonder if it will ever come out.

A Much Faster Emulator

The Honeycomb emulator is slow. Really slow. You could measure its current performance in frames per minute. It drives developers crazy. Google knows crazy developers is a bad thing, and it's doing something about it. At Google I/O 2011, they demonstrated a much faster emulator, and even played a 3D game on it.

Why is it faster? It's still a real emulator running ARM code, but they're now going to make use of your video card. So anything that would normally be GPU accelerated on Android will now be GPU accelerated in the emulator. This means 3D games and, for Honeycomb and above, the entire UI. Pushing all those extra tablet pixels in software is the major problem with the Honeycomb emulator, that's why Gingerbread runs well and Honeycomb doesn't. GPU acceleration should give you a boost to reasonable performance. If that's not enough for you, they also mention the Google TV team is working on an x86 emulator for Android.

As you can see from the video, the GPU support is seriously alpha. All the mouse input was done in a separate window. They said they are "heavily working on it", but that it would be "a least a couple more months". That was 4 months ago. If ICS launches in October or November, that will make it 5 or 6 months. So is 5 or 6 months "a couple"?

Back To Open Source

Honeycomb is closed source. Nobody can make a tablet without Google's blessing. The reason given is that Honeycomb was rushed out the door, and the code isn't good enough for an open source release. They're right you know, setting the emulator to anything smaller than a tablet will result in about a million force closes. Honeycomb just isn't as supportive of hardware as Gingerbread was. To save developers the headache of supporting a platform that wasn't ready, Android's openness got shelved.

Luckily this is going to change. The big cheese said so himself on the Official Android Developers blog, "This temporary delay does not represent a change in strategy. We remain firmly committed to providing Android as an open source platform across many device types." Source code is coming back. This will make the modding community's life much easier. Cyanogenmod 8 (I got excited just typing that) and Ice Cream Sandwich will be able to get hacked onto just about anything.

This was part of the Ice Cream Sandwich Preview at the Google I/O Keynote. Head Tracking is exactly what it sounds like. Your phone or tablet will know where your head is. That lets you do simple things like have the video chat camera automatically zoom in on your face, or really cool things like changing the perspective of a 3D scene based on where you are looking. 3D head tracking, when done correctly, looks like this:

It's 3D without the headache! At I/O, Google demoed a version of this, but the above video of a Wii hack gives you a better idea of what it will look like. They demoed silly things like live video face distortion, and more useful stuff like a sound sensitive video chat zoom. This will all be available as APIs for developers, so expect it to be abused in strange and interesting ways when Ice Cream Sandwich comes out.

Home Automation for Android. Google wants "to think of every appliance in your home as a potential I/O device for Android Apps." At I/O, Google demoed controlling lights, speakers, and music players from an Android device. They even designed their own cheap, low power wireless communication protocol for things that aren't normally connected. They specifically called out building the protocol into lights, alarm clocks, thermostats, switches, and dishwashers.

Google is going to bring the app model to home automation. So if you want your alarm clock app to start your coffee maker, someone could write an app for that. Lighting Science will bring the first  [email protected] devices, an LED lightbulb and a switch, to market at the end of 2011. Hey, that's right around the Ice Cream Sandwich launch, isn't it?

All That Honeycomb Goodness On Phones

"We're taking all the good stuff we added to Honeycomb for tablets and we'll make it available everywhere." was the quote given at the Ice Cream Sandwich announcement at Google I/O. I know what you're going to say next: "Of course next version of Android has all the stuff from the previous version." You're right, it seems obvious, however, as I've discovered from my various trips around the internet, most people just aren't familiar with Honeycomb. So for the 98.6% of Android users that don't have a tablet, here's a review of the new features in 3.0, 3.1, and 3.2. 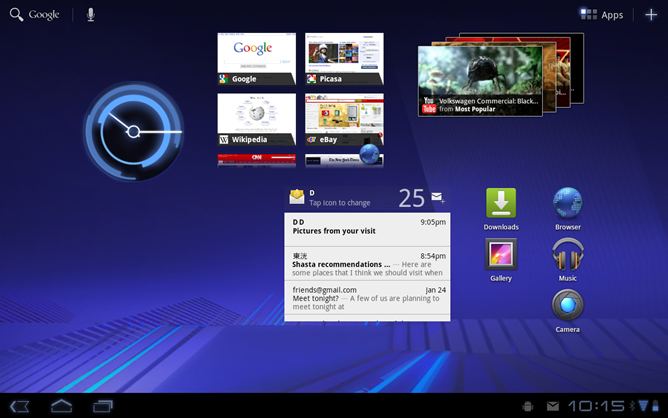 Tip: App Icon Pinching In GO Launcher EX - Can Your Launcher Do This?