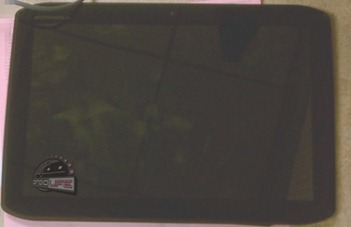 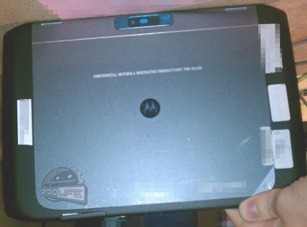 We don't have a ton of information on the device as of yet, but DL's "sources" say that its weight is similar to that of the XOOM (!), and it has "big physical flush" buttons on its back, HDMI and microUSB ports on its bottom, and a SIM card slot. Notably absent? An SD card slot - though this was determined on "first glance," according to DL. There's nothing to report on the CPU front, either, though we would certainly hope that Moto has the good sense to justify the heft with a quad-core chipset.

Aesthetically, the slate looks nearly identical to its predecessor, save for the Photon 4G-esque angled corners. Additionally, the housing of the now-HD camera is blue, and the screen appears to be of the industry-standard 10.1-inch variety (note that this is merely an educated guess).

Though there's no word on the carrier to which the XOOM 2 is headed, our money's on Verizon, as they were the home of the first XOOM, and the SIM card likely points to an LTE radio (to be fair, AT&T is currently rolling out an LTE network of its own).

We're excited to see where Motorola takes this - it is the successor to the world's first Honeycomb device, after all - but we sincerely hope that they manage to trim down on the tablet's weight before it's released.

CrashPlan Comes To Android, Allows You To Retrieve Your Backed Up Files On The Go