A new Motorola phone, codenamed "Edison" and headed for AT&T, has been in the rumor mill for a while now, but today it got in front of the camera when This Is My Next published a hands-on preview of the device. 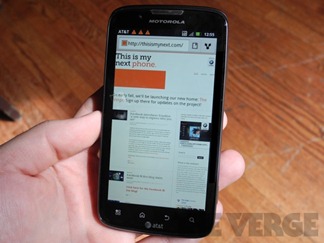 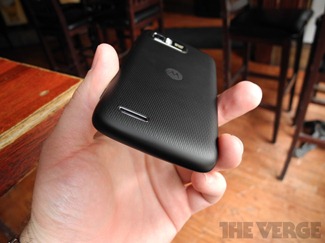 TIMN speculates that this phone may be destined to replace the Motorola Atrix in AT&T's lineup, and its design hints at similar webtop capabilities confirmed by special webtop options found in the device's settings.

The Edison seems to be closely related to the Droid Bionic, set to bring many of the Bionic's best features to AT&T. Speaking of features, the Edison is no lightweight in the specs department. Here's what the phone is packing under its slim yet solid chassis:

TIMN also notes that while the Bionic and the Edison both have qHD LCD screens, the Edison has departed from the typical PenTile configuration (something I'm sure many are glad to hear), and that the display has a notably cooler color temperature, something that may not be final and could be tweaked before release. 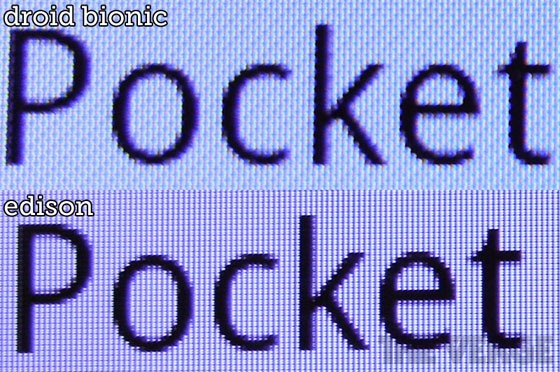 The Edison also provides snappy performance, and Moto's skin overlaid on Android is actually quite light and not particularly taxing on speed or functionality, which is certainly good news.

Overall the Edison sounds (and looks) like a solid, capable device, and while no official word on its release is available, it's reasonable to assume that the Edison is just about ready for consumers, considering the looming developments of 720p displays and Android's Ice Cream Sandwich OS on the horizon.

For the full story (and tons of photos), check out the original post at This Is My Next.