Before Facebook started offering its own 'check-in' feature, there was Gowalla and Foursquare, both of which are still widely used. The Gowalla app for Android received an update today to version 4.0 which brings "a brand new version of Gowalla! Tons of new features including Guides, Stories, and Lists, and more. [sic]" to the table. No, really. That was directly from the changelog in the Market listing. The only entry in said changelog, to be exact.

Apparently by "and more," they mean Force Closes, missing features, and removal of everything that made people love Gowalla in the first place.

Of all of the comments and ratings in the Market listing since the update went live this morning, nearly all of them are 1-star ratings with some sort of comment referring to the above mentioned changes. Point in case:

That's the general consensus throughout the comments. The words useless, not enough testing, and force close appear several times throughout. 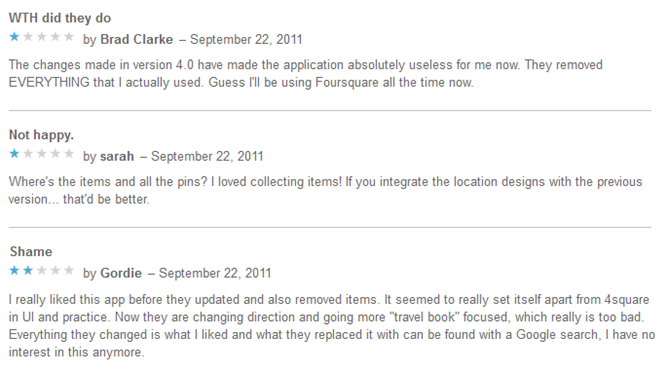 Ouch. Looks like you really dropped the ball on this one, Gowalla.

HTC Joins Together With Dropbox, Offers 5GB Of Cloud Storage On All Sense 3.5 Handsets