While watching the latest episode of Breaking Bad today (which I must say is one of the best shows on TV right now), I witnessed the latest Verizon Wireless Best Buy commercial advertising Verizon Wireless phones, boasting VZW's incredible network coverage, ultra speeds, and reliability.

It was going so well until I saw a close-up of the phone that lasted a good number of seconds for everyone to witness... no, not the 4G LTE symbol, and not even the 3G symbol. Nope - the phone is roaming (it has also been pointed out in the comments that on some devices this symbol could also mean it's unactivated, which is even worse). To top things off, at the exact moment this happened, the cheery narrator was talking about network reliability. And that, ladies and gentlemen, is what we call a fail.

Best Buy, I think it'd be a good idea to run your ads by a few techie people - just a suggestion. And while you're at it, do you really think that pushing VZ Navigator, the V Cast Music/Video stores, and other apps nobody wants all the way to the top of the screen is going to impress potential buyers? Vizzaw, please. 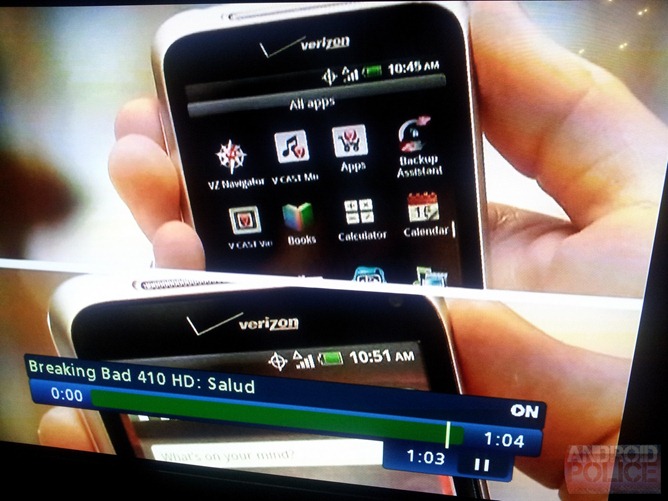 Update: And here's the video: