Building on its presence as a regional service, Leap Wireless signed a reseller agreement with Sprint Nextel last year to begin using their network nationwide. On the 25th, Best Buy, followed by select Wal-Mart locations, Dollar Stores, and HSN will begin offering Cricket devices including the ZTE Score - an Android-based device - as well as phones supporting Leap's Muve Music service. 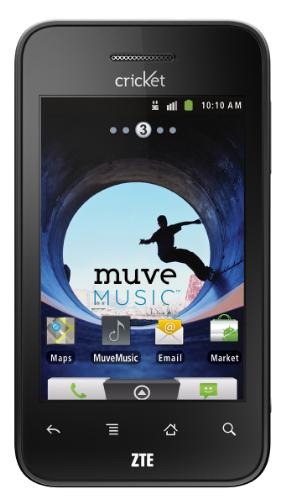 It would seem that Leap is seeking to move Cricket closer to a consumer base that seeks affordable smartphones and competitive pre-paid plans. While Cricket will face competition from better-known national prepaid services, Leap CEO Doug Hutcheson seems confident that the rollout will be a success, stating “We are excited to bring Cricket’s innovative wireless products to a large group of consumers who until now have not been able to take advantage of the tremendous value these products provide.”

Market Updated to 3.1.5, And We've Got The APK Fresh From The Internets

How Getjar's New Gold Program Is Treating Its Participating Developers, As Told By One Of Them