We've basically known all there is to know about the US versions of the Galaxy S II for a while now, just short of the release date and price for AT&T and T-Mobile.

You can scratch Ma Bell off that list now, though, as it just announced via Twitter that the long-awaited GSII will be available on October 2nd for $200 with a two-year agreement. I'm sure all AT&T customer have the spec list embedded deep into their memory banks in anticipation of this beauty, but just in case you've forgotten, here they are again: 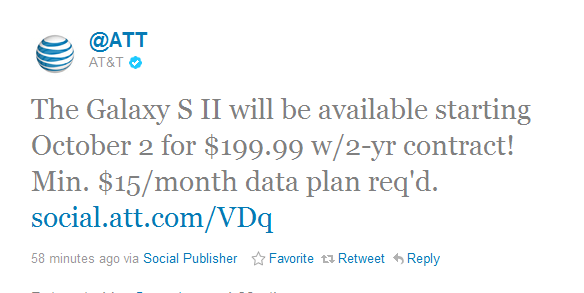 Now that you have all the deets, who's going to be standing outside of that big blue storefront on October 2nd waiting for the doors to open and grab one of these?

HTC Holiday Announced In Korea As The Raider 4G, No Word Of A US Release... Yet