Last night, I sent out a message from our social accounts praising the Epic 4G Touch's boot times. They amazed me as soon as I turned this Galaxy S II Sprint variant for the first time last Friday and haven't ceased to amaze me ever since. I have loaded up all the same apps and then some compared to any of my other phones, and still - the Epic 4G Touch blazes by the competition like no other device I've seen.

I promised you guys a video comparing the boot times of E4GT with the EVO 4G. Sure, that didn't sound like a fair fight, but that wasn't my point - I wanted to show the current EVO 4G owners (and other year+ old devices) how far technology has advanced in that year+.

But fair enough - to even out the brawl, I've also thrown in the more recent HTC Thunderbolt and the dual-core EVO 3D running at comparable 1.2GHz clock speeds. Let's see how they do, shall we? 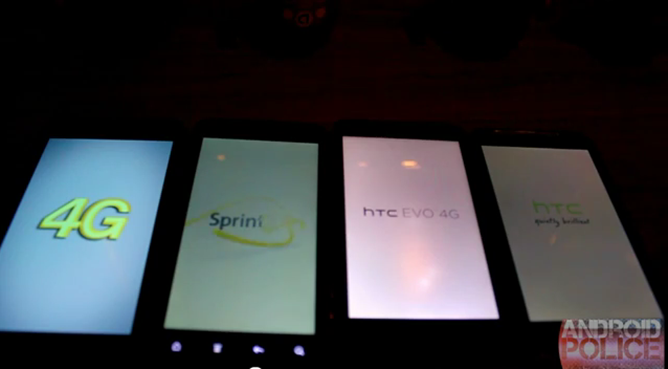 For the purposes of this comparison, I considered the boot process done as soon as I saw the welcome/home/unlock screen. Let's get to it, shall we?

P.S. If you've never seen the SGS II boot, prepare to be amazed.

P.P.P.S. The EVO 4G pulled this on me constantly. It was downright infuriating, especially when I needed to restart it while navigating and wait for days for it to boot back up.

Verizon Announces The Low-End LG Enlighten: 800MHz Processor And QWERTY For $80 On September 22