Just as some were speculating that Google's invite-only signup system for their latest social networking venture would be its eventual downfall, the Google Mobile blog announced that Google+ is transitioning into beta, bringing open signups with it.

That isn't the only change Google has cooked up, though. Google+ has been updated with a host of new features in an effort by Google to show how fast they can implement users' "most requested features."

Perhaps the most exciting change to Google+ is the addition of Hangouts to the mobile app with the v1.07 update. This means you can execute group video chats from just about anywhere, using a clean, simple interface similar to the Google+ online interface. 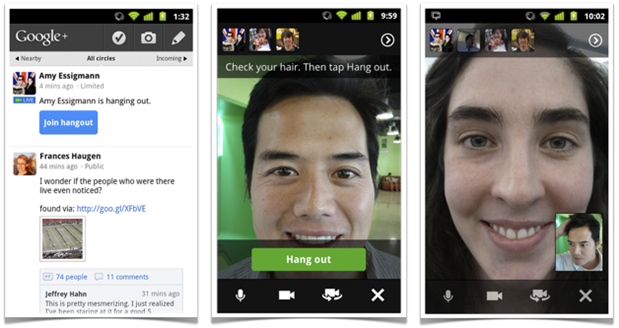 Additionally, Huddle is now called Messenger, and users can now expect improved reliability and photo sharing options while chatting with friends. Users can also change their profile picture on the go by uploading an image or taking a photo on the spot.

The update also brings some minor tweaks such as improved video playback and public search, the ability to transfer the app to your SD card, notification tweaks, and the ability to long press posts in the stream to +1, share, or mute.

This is by all means a huge update, and Google Mobile assures us they are nowhere near done implementing improvements to Google+ or its mobile app. If you haven't already, head to the market and grab the update.

Review And Comparison Of The Two Otterbox Cases For The Motorola Photon 4G: Defender and Commuter