Update: It still hasn't been officially announced yet, but the word on the street is that some businesses (such as Peets Coffee & Tea shop in San Francisco) are already displaying the Google Wallet logo near the register. We're definitely getting really close now. 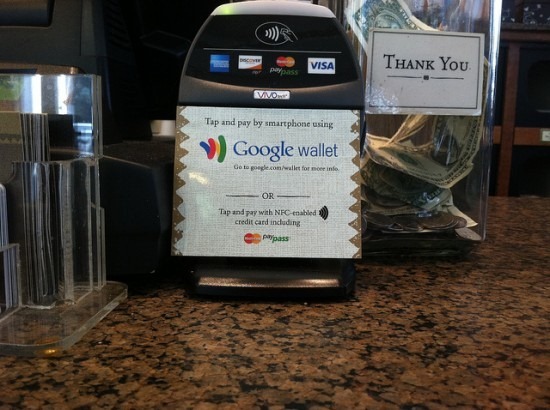 For those awaiting the launch of Google Wallet (specifically those with the Sprint Nexus S 4G and a Citibank MasterCard), we've got some good news.

TechCrunch reported today on a document allegedly circulating among Google Wallet partners, indicating that tomorrow, September 19th is the launch date for Google's wallet-consolidating service, which will allow customers to pay at PayPass terminals everywhere with a simple tap of their Android phone. 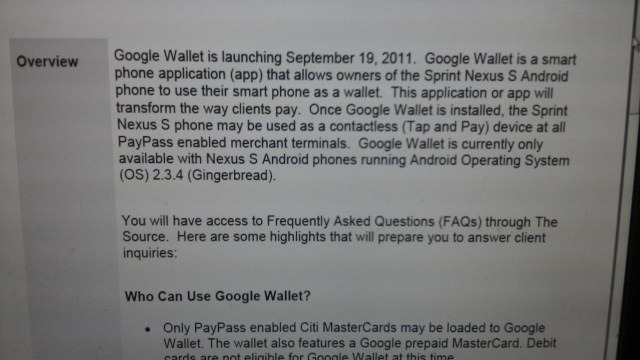 For those without a Nexus S 4G from Sprint, Google is said to be offering pre-programmed NFC stickers associated with one credit card that are able to communicate directly with the Google Wallet app. There's no word on whether these stickers will be part of Google Wallet's initial launch, but with more NFC-enabled devices looming (think Nexus Prime), tap-and-pay capabilities are sure to be around the corner for many users.

TechCrunch also notes that tomorrow is the beginning of the NFC World Congress, an event at which Google is not officially listed to speak, but whose timing seems suspiciously coincidental. Given this, and the fact that Google previously indicated a "Summer" release for its Wallet service, the odds of its release being announced tomorrow are high. Either way we will be on hand with more details as they emerge.