Here we are: the launch of the first Samsung Galaxy S II to hit a U.S. carrier, dubbed the Epic 4G Touch (E4GT) and landing on Sprint today. It certainly took long enough for the SGSII to hit U.S. shores - it was announced by Samsung in February during MWC, and launched as early as May in some markets. It was a huge success even before launch, with Samsung receiving millions of pre-orders, and for good reason - the SGSII was incredibly well rated, with reviewers universally praising it as one of (usually the) best Android device available. Consequently, for months after its international lanch, it was highly anticipated in the U.S. - but little was revealed by Samsung until their announcement conference on August 30. So again, here we are: the launch of the first US SGSII.

Three days ago, I posted my initial impressions. I've had an additional few days to really put the phone through its paces, and now it's time to delve in a bit deeper.

One of the reasons that the SGSII has been so highly anticipated is thanks to its impressive spec sheet.

In a sentence: Great hardware and software, but a few questionable decisions may mean it's not for perfect for everyone.

You should buy it if: well... frankly, if you're a Sprint customer and you don't mind the huge size, last gen screen resolution, and drop-inducing exterior, this is the best phone on Sprint right now. It's speedy, smooth, and packs enough power to get you through a 2-year contract.

Still with me? Good - let's take a deeper look. 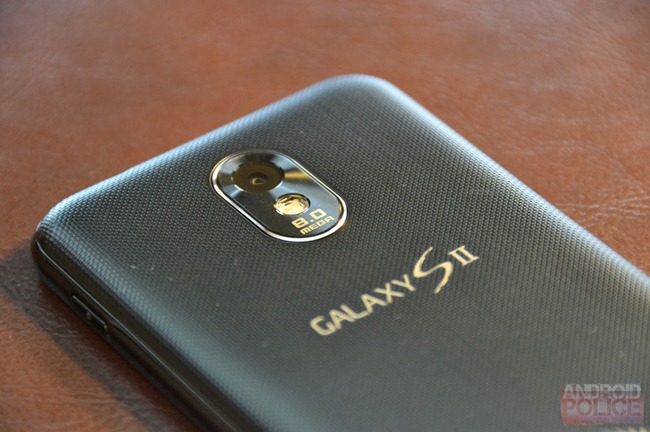 Build quality is good, but thanks to the ultra-light weight, thin design, and super slick plastic used on the back and sides, the phone is likely to slip your grip once or twice regularly. And because of how thin, light, and large it is, you will probably panic if you drop it. I've managed to catch it all half-dozen times I've dropped it, and you will learn to grab and hold it a little differently so as to prevent drops - just know that no part of this phone is sticky or grippy, and the back is the slickest I've encountered on a modern smartphone by a wide margin. 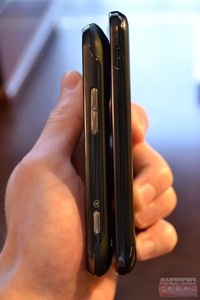 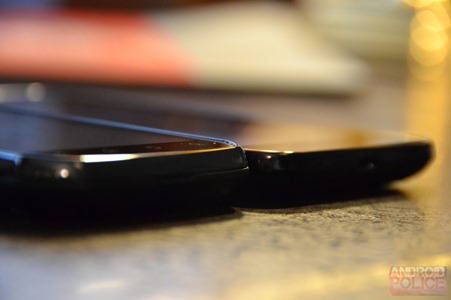 As a said above (and in my initial impressions), the Epic 4G Touch is very thin and very light. Even though it gained a bit of chunk and weight on its trip Sprint's line-up, it's still mind-bendingly impressive. It's also huge; 4.52" is nothing to scoff at. Though some reviewers find it the perfect fit for their palms, it just doesn't feel comfortable in my own. It remains usable with one hand at that size, but not comfortably so - I find myself using two hands with the E4GT because it's just more comfortable than using one hand. 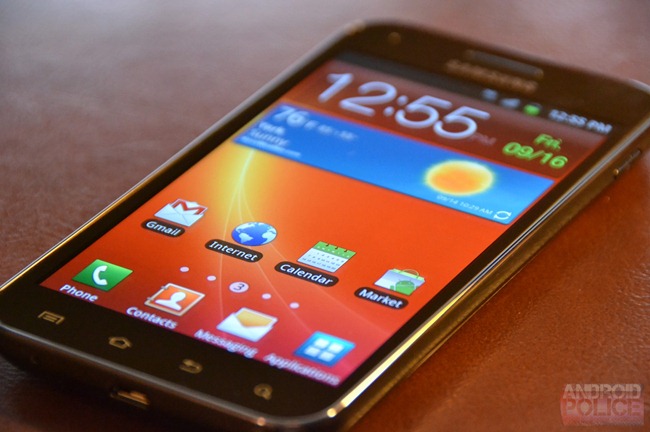 The display is really the crux of the issue for the E4GT. With the trend towards ever-larger devices in mind, I ran two polls on the very issue: the first was to see what people's ideal screen size is, and the second, the maximum. Surprisingly, 34% of our voters find a 4.5"+ screen to be ideal, and 50% say 4.5"+ is the maximum size they'd purchase. Thus, many people may find the display on the Touch to be a perfectly reasonable (or just plain perfect) size. Hell, I myself voted for 4.5" maximum before receiving the Touch. 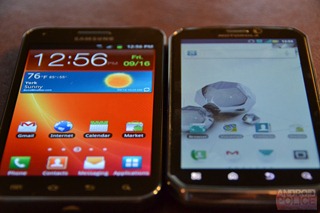 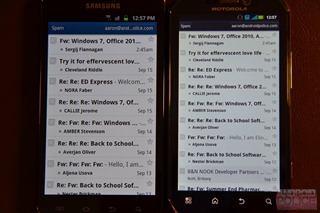 The issue isn't really pixel density; the screen still crisp enough, though if you're actively searching for rough edges, you'll find them.  Rather, it's the size of things - I've snapped a few comparison photos between my qHD 4.3" Photon and the WVGA 4.52" Touch to show you what I mean. Take, for example, Gmail: the Touch shows about 7.5 emails, while the smaller Photon shows 10.5. Then again, it becomes a perk when using the on-screen keyboard or browsing the web.

With all that said, many of you won't find any of these things an issue for you, but they're still worth nothing, because they will matter to some. As for the display itself, I'm going to pull an about-face: it's absolutely stunning. Blacks are deep enough to meld with the bevel. Colors are incredibly vibrant. You can view the screen from nearly any angle. The sole exception is whites which seem "dirty" - they're really more of a shade of light gray than white. Not a big deal, and not really noticeable unless you happen to be around another screen with some white on it. Certainly a fair trade-off in my book.

I think this about sums up performance (both literally and metaphorically) on the Epic 4G Touch: 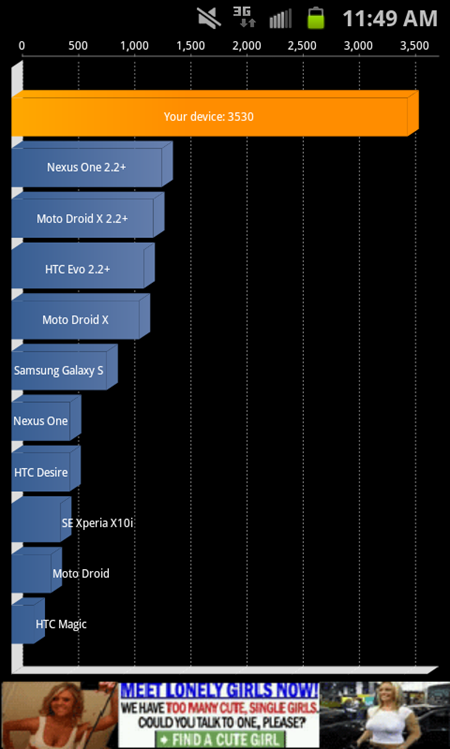 Performance is pretty epic (see what I did there?) across the board, whether you're testing a synthetic benchmark, swiping between home screens, or playing a game. In real-world use, it's not really noticeably better or faster than similar high-end devices, but having a ton of horsepower under the hood means a relatively future-proof purchase.

The really amazing part of this performance is that it doesn't seem to come at a price. Battery life is absolutely phenomenal, easily making it through a day of heavy use, or two (!) of moderate use. It's better even than smaller, single core devices such as the (now outdated) Incredible 2. This is largely because of some of the optimizations Samsung has made with their Exynos processor, but the beefy 1800 mAh battery undoubtedly plays a part. 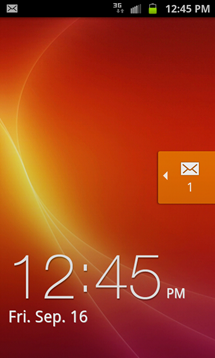 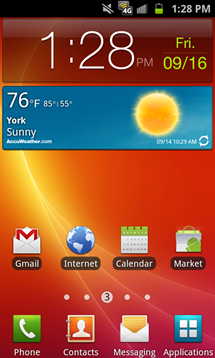 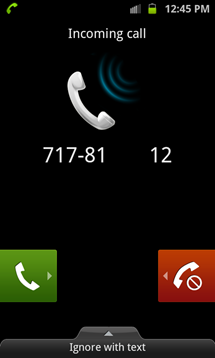 The newest iteration of TouchWiz is, visually, quite attractive. What's more, it adds quite a few useful features, perhaps the most significant of which is a hardware accelerated browser that provides the best browsing experience I've ever seen on a phone. It also brings an improved (and much prettier) power control widget, an Active Applications/system monitor widget, and a better calendar widget, to highlight a few. And it's smooth and responsive, to boot. 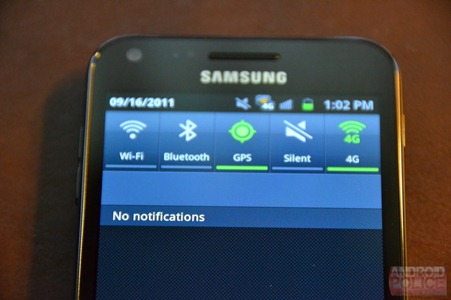 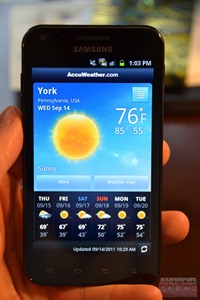 Perhaps the biggest (and arguably only) shortcoming of TouchWiz is that the transitions are "slow" (as in, gradual) and tend to put the focus on visual flair rather than efficiency - and that's certainly a pretty minor complaint, all things considered. (Some would argue that it's very "iPhone-y" and consider that a shortcoming... personally, I'm neutral on that point.) 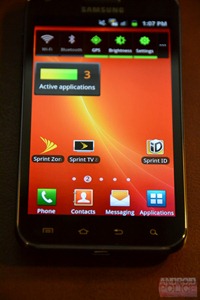 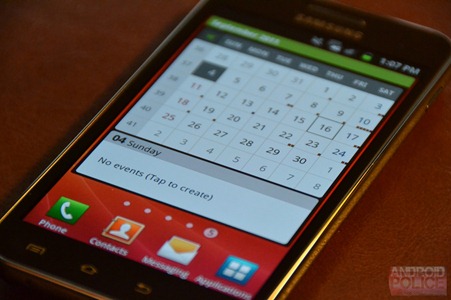 Another major positive mark for the E4GT: connectivity is, quite simply, excellent. I can't think of any other device that bests the strength and speed of the Touch's connection - and that's no mean feat. Browsing the web, pages always load quickly.  Streaming music, it never stops or stutters. Making phone calls, things are always loud and clear. Reception and data speed is, somehow, markedly better than that of the Photon or EVO 4G.

If you're expecting these pictures - from a 9.5mm, 4.5oz smartphone - to look like pictures taken by a DSLR, you're going to be sorely disappointed. 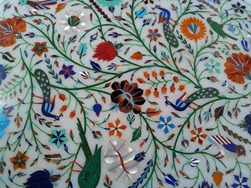 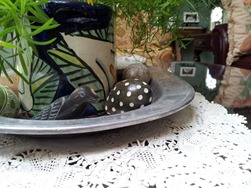 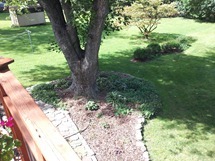 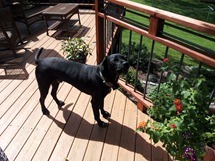 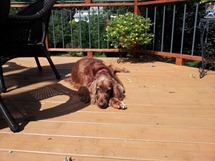 If you expected them to look good for such a device, your expections should be met. The pictures are a lot like the screen: technically they're oversaturated, but it makes them pop without a doubt, and that's something people tend to like. David and Artem both argue that the photos are excellent, but I certainly see some flaws (a bit washed out, lack of detail, oversaturation), so let's just say that beauty is in the eye of the beholder.

Regardless of your personal tastes, the E4GT does take some good photos - just don't expect them to rock your world.

The Epic 4G Touch is undoubtedly a great device. It's big, beautiful, sexy, fast, and excluding the screen resolution, as future-proof as you can get right now. But the sheer size (and the implications thereof) may be enough to sway some consumers towards a different device. And frankly, those pushed towards smaller devices won't be disappointed with their decision, either - both the Photon and EVO 3D offer nearly as compelling packages. 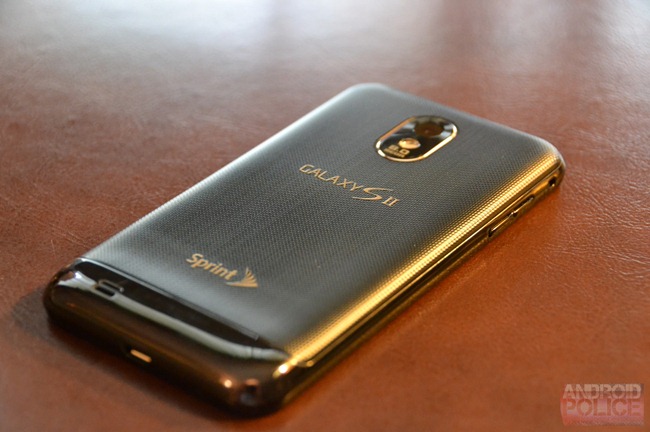 Those who don't mind the size and resolution? Well - they've got themselves a hell of a phone.

[Updated: Here Are The Winners] AnDevCon II Is Happening November 6-9 In San Francisco, And We ...