The newest version of Sprint's weekly "playbook" has been sent around to employees, and as usual, we have a copy. Sadly, this week's edition doesn't exactly inspire confidence for the future of the nation's third-largest carrier - in fact, one of Sprint's primary benefits, the Premier program, will be disappearing down the drain shortly. It's not all bad news, though, so let's dig in and see what's up and coming in the world of Sprint.

The Death of Sprint Premier 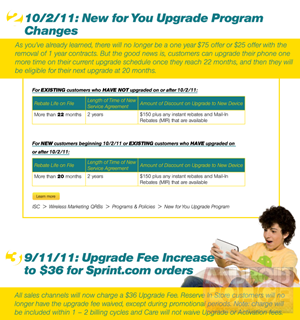 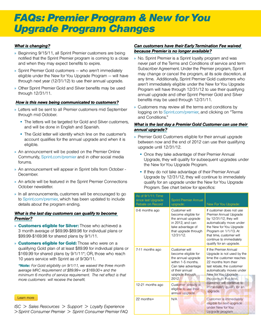 In retrospect, we should have seen this one coming - Sprint has, after all, been gradually decreasing the benefits of its Premier program over the last year or so. Well as of September 1st (that's right, the changes have already gone into effect), no new customers are able to enroll in the program.

Notifications will start going out to Sprint customers tomorrow, and those already enrolled in Premier will be allowed to keep their benefits until December 31. On a related note, if you're a Premier Gold customer who will be eligible for an upgrade between now and the end of next year, you'll be able to use said upgrade until December 31, 2012. However, once you do upgrade your device, any future upgrades will be managed by the "New for You" program. Speaking of which...

Upgrades Now Available Once Every 20 Months 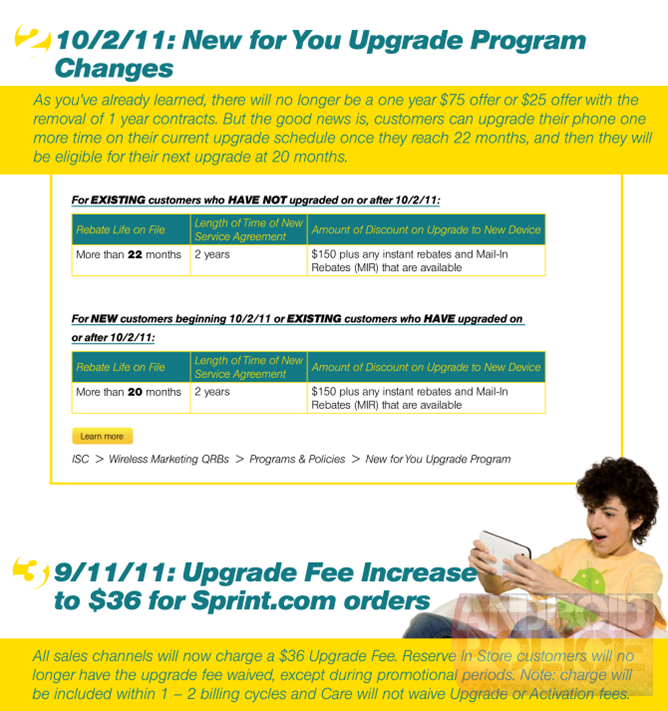 And now for some good news: whereas Premier Silver customers were allowed one upgrade every 22 months, under the "New for You" program (Sprint's new upgrade policy), customers will be able to purchase a new device once every 20 months. Admittedly, "New for You" also raises the upgrade fee on Sprint's website from $18 to $36, but given all the other bad news in this playbook, let's try to be optimistic about "New for You," shall we? 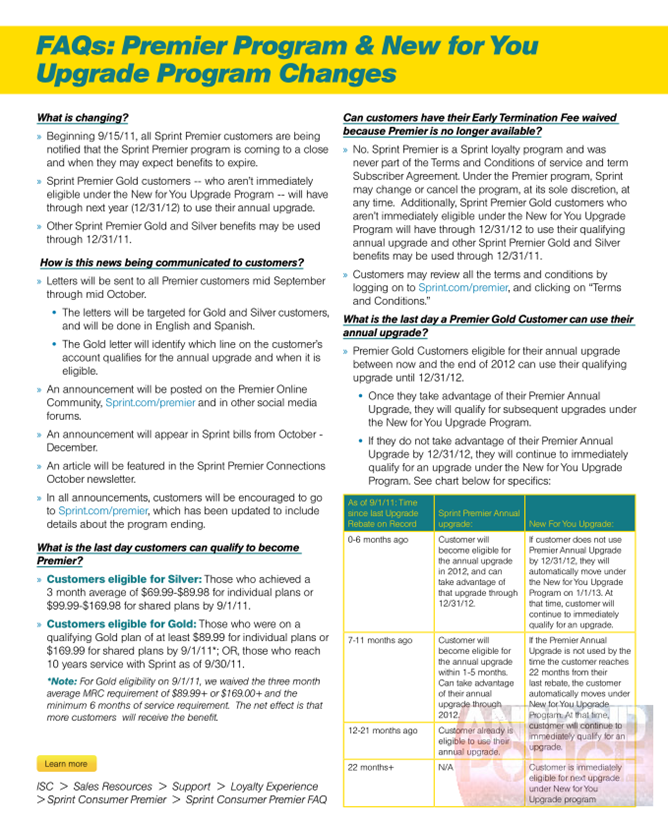 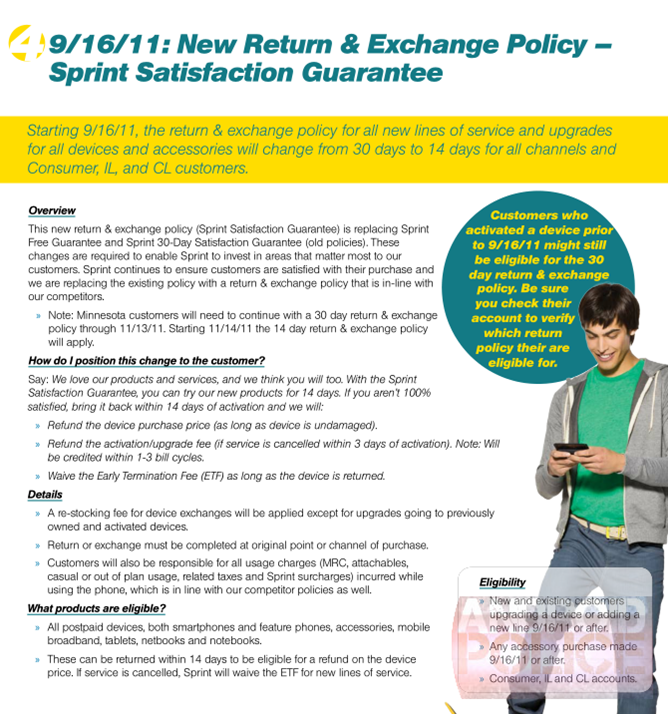 Finally, as much as we hate to introduce even more negative news into the mix, there's Sprint's updated return and exchange policy. The return period has been lowered from a commendable 30 days to a remarkably brief 2 weeks. 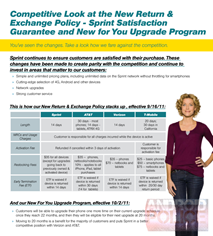 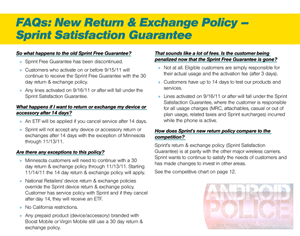 The change goes into effect tomorrow, September 15, so if you're hoping to snag a device while Sprint's current return policy is in effect, you'd best hurry.

The Wait Is Almost Over - ASUS Eee Pad Slider Coming At The End Of September, Starting At $475