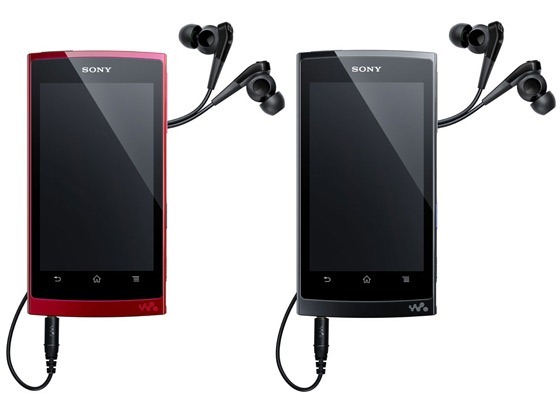 However, sticking to its core music and media consumption functions these PMPs have a wealth of audio enhancements, including the following technologies built right into the device:

There are also a couple of interesting features built-into the devices to allow the user to make full use of it as a PMP. Firstly, the "W. Music," app provides a number of ways for the user to browse through their media library.

Secondly, the built-in "W. Button" appears everywhere, regardless of the display, allowing the user to control the music playback. Lastly, there are a number of elegant visualisations to suit the mood of the music.

This series of Android PMPs will come in three varieties based on sizes:

With numerous manufacturers making their own versions of Android, Sony's Walkman Z Series should satisfy the niche audiophile market who wish to have a state of the art Android device.

The original source of this article was in Japanese and Google Translate was used, hence some content may have been lost in translation.

Source: Walkman Z Series and Press Release (Japanese) via This Is My Next