Despite the fact that German courts recently decided not to lift the ban on the Galaxy Tab 10.1, OSnews is reporting today that German retailers will technically still be allowed not only to sell remaining stock of the Tab, but to reorder from Samsung as well. 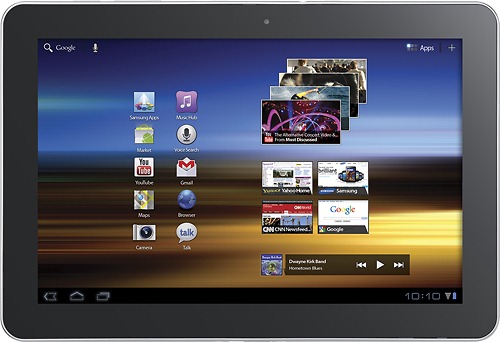 The catch here is that German retailers cannot restock by ordering from Samsung's German branch, but must instead order from other branches, Sammy's Korean branch, for example, can provide more stock to retailers in Germany. OSnews goes on to say that Media Markt, a popular electronics retailer in Germany and The Netherlands is not sure yet how the ban will affect business, but could easily route Tabs through the Netherlands to avoid violating the ban.

What this news boils down to is that German consumers can still get their hands on the gorgeous Galaxy Tab 10.1, but retailers might have a bit of extra work to do if Samsung doesn't decide to reroute Tabs for them.

Check out OSnews for the original story.

Thanks S for the tip!

And The 12 Android Figurines Giveaway Winners Are...