It's not much a of a secret that the optimal position to use a tablet is by holding it, but it's also well known that it's not always the most practical option, either. For example, if you're using it for a cookbook in the kitchen, it's far more ideal to keep it on the counter while you work. Similarly, no one really wants to hold a tablet in-hand while watching an entire movie.

For situations like this, there are a ton of various tablet stands on the market. One such stand is the iTilt Tablet Stand (okay, it's really called an iPad stand, but that's just silly) from Bracketron. I've been using this stand for the last several weeks, and it has quickly become my most used tablet accessory.

Bracketron did a very good job on the overall design, as the iTilt is both highly practical and portable.

There is always a downside, right?

As you can see, the good aspects of this stand heavily outweigh the bad. 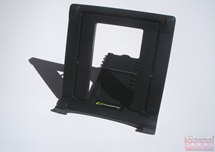 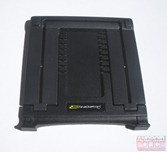 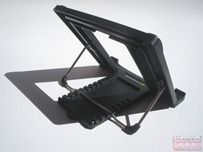 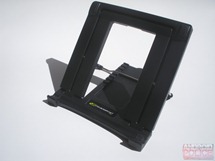 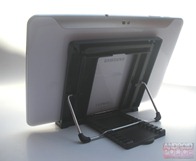 If you're looking for a solid tablet stand that won't break the bank, the iTilt is definitely the way to go --it's lightweight, ultra-portable, and easy to use. I can't think of a better combination of attributes for such a simple device to have, so I can confidently recommend this product.