I've always been a huge fan of software customization and theming; back in the early days of Windows XP, I would change themes, wallpapers, and icons almost daily, focusing on every detail to get that perfect look. Over time, I've become a huge fan of the minimal style on all of my devices, and there's no better place to get inspiration to re-theme a tired layout than by looking at other screenshots.

Fortunately, there are several resources dedicated to such things, one of which is the newly opened myColorscreen beta site. MyColorscreen differs from other sites, as it focuses exclusively on mobile homescreen customization, highlighting the various tools that the submitter used in creating the look. 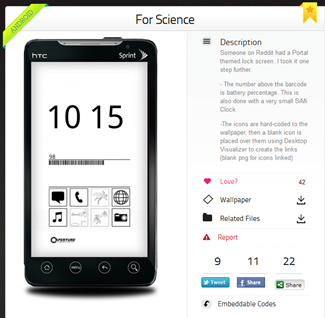 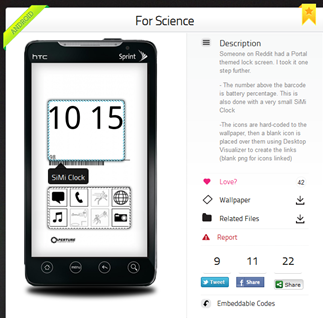 One of the coolest features of myColorscreen is the ability to hover over the various elements in the screenshot and see the widget information (if the author uses this feature, that is). You can look through the various screenshots based on certain criteria, including popular, most viewed, explore, screens of the day, or by specific operating systems (Android or iOS). If you find an artist whose work you consistently enjoy, myColorscreen has a Twitter-like feature that allows you to 'follow' the user so you're always up-to-date on their submissions.

The quality of the content on the site is overwhelmingly awesome, too. After spending just a few minutes looking through the various shots, I was already inspired to grab my phone and start theming (alas, I am working). If you've been looking for a place to gather with like-minded folks and show off your creative side, myColorscreen is definitely the place to make it happen.

At the current time, myColorscreen is invite only, but if you want in on the action, we have nine invites to give away. We'll send those out to the first nine people to leave a comment below, so make sure to use a legit email address! Well, that was fast! We'll get the invites out shortly!