I am going to be honest - I am not a fan of phone cases myself. However, knowing my wife's affinity for miraculously sending her phones flying into the back yard from our 2nd story balcony or stomping on them with her shoes after they hit the asphalt (though her previous phone, the Palm Pre, didn't live to tell its story after drowning in our dog's water bowl), I set out on a mission to find the best protective case for her new and shiny EVO 3D.

Otterbox, one of the top case manufacturers, graciously sent me all three of their cases for the EVO 3D - the Defender, the Commuter, and the Impact. After testing the cases for the last 2-3 weeks, here are my thoughts, accompanied by an array of photos in front of a tough crowd (they came over one day for tea and never left), as well as my recommendation for the winning series of the three that should satisfy most people.

The Otterbox name is very respected in the protective case business, and for good reasons - the quality is top notch, and you can bet that each case you buy was designed and customized specifically to your device with the snug fit it deserves. Ports are openings you need access to are exposed and, depending on the case, protected at the same time.

Otterbox means quality all around - you get the idea.

As with other devices, the cases for the EVO 3D come in 3 distinct series:

All Otterbox cases come with a screen protector of some kind - the Defender features a dedicated protective element, while the others offer a clear sticky cutout along with a tool to apply it. I personally attempted to apply one, but no matter how hard I tried to get rid of the bubbles, my efforts were fruitless. In the end, I decided that screen protectors are not for me - the Gorilla glass on the EVO 3D should prove to be a good enough shield, and I hate the plasticky feel of screen protectors anyway.

As you can see, the Otterbox Impact case offers the most basic protection for the EVO 3D. It consists of a soft 1-piece rubbery shell, a basic screen protector, aaand that's it. The Impact is the cheapest of the three at $19.95 (though it's half that price right now at Amazon).

It is my recommendation to read the above Yays and Nays and skip this case in favor of the Commuter or the Defender.

You can buy Impact cases for the EVO 3D here: 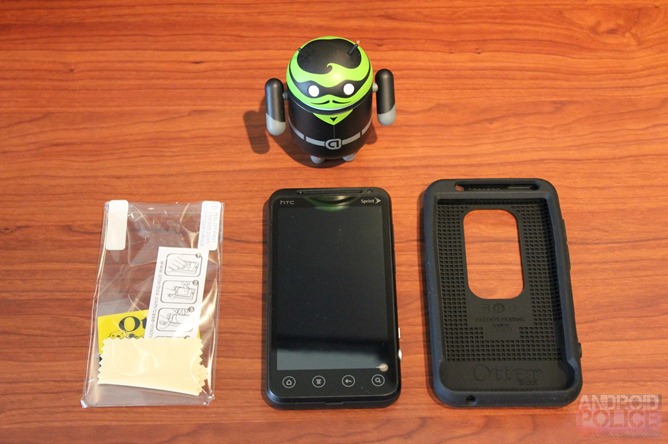 The Otterbox Commuter is not the perfect case, but it's the best daily driver for most people. It doesn't add to the bulk too much - in fact, I really enjoy the way the EVO 3D fits in my hand with the Commuter on. It protects well and fits much better than the Impact, but it's still lacking proper screen (see above for why I didn't apply the included screen protector) and camera protection.

Unless you're a construction worker or work in a similarly active profession and don't want the bulk of the Defender case, grab the Commuter and don't look back - it's the most well-rounded case Otterbox offers.

P.S. There is a special edition pink case dedicated to breast cancer (Otterbox will donate a portion of the proceeds to breast cancer research). Girls absolutely love this case - see its pics further down.

You can buy Commuter cases for the EVO 3D here: 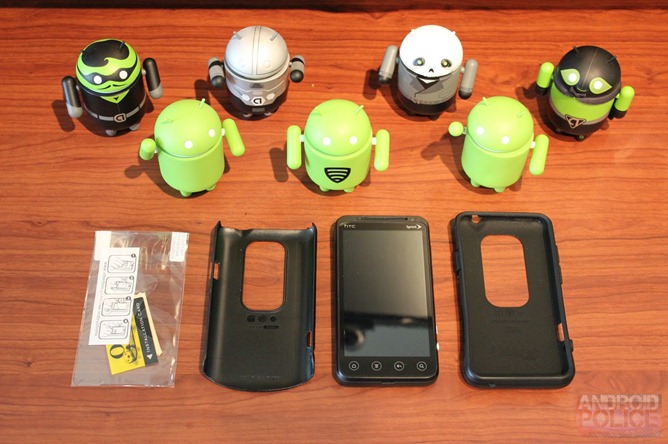 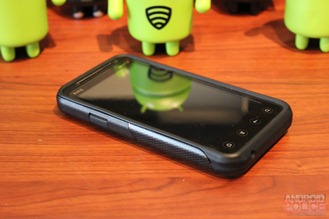 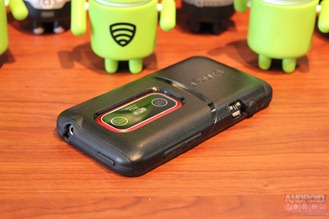 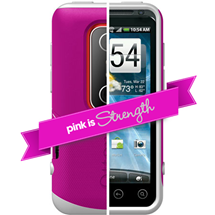 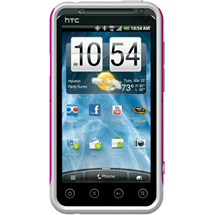 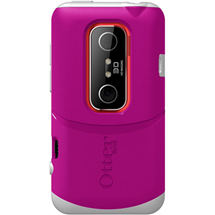 Wow, there is one word that comes to mind when using the Defender - bullet-proof. It offers all-around protection, sealing almost all holes, protecting both the camera and the screen. The build is superb, and the amount of thought that went into designing and customizing this case is impressive.

To top it off, the multi-function swivel holster is going to be irreplaceable to repairmen and people with active lifestyles who don't mind the bulk.

Yeah, it's heavy - but not too heavy. It's thick, but not too thick (unlike the XOOM Defender case - that was a behemoth).

Is it worth the price? Absolutely. Will I ever use it? Absolutely not - I'm an engineer, not a construction worker.

You can buy Defender cases for the EVO 3D here: 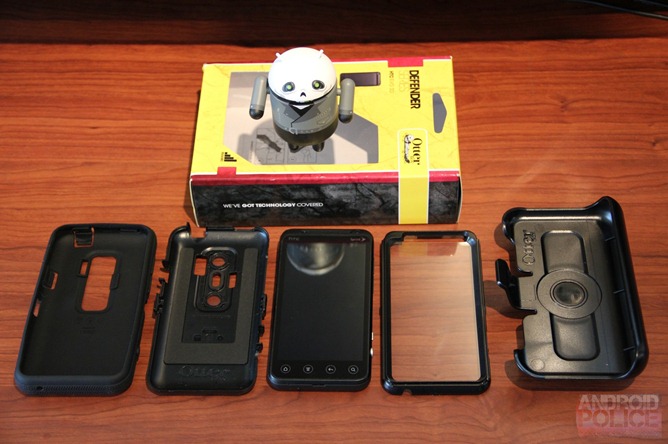 In this review, I've taken a look at all three Otterbox cases for the EVO 3D - the Impact, the Commuter, and the Defender.

The winner for me ended up being the Commuter, unsurprisingly - see why in the Commuter section above.

2nd place is firmly occupied by the Defender, which offers protection next to none.

The final, 3rd place, belongs to the Impact, which I can't recommend, unless you're really on a budget and can only afford $10.

And that about does it, folks. Feel free to ask any questions about any of the cases in the comments and expect an Otterbox giveaway to follow up shortly.

The Winner Of The 16GB Samsung Galaxy Tab 10.1 Tablet And The Tegra Zone Power Pack In The ...