The September 16th launch date is fast approaching, and today Wirefly, one of the top online mobile retailers, launched the Epic 4G Touch pre-orders for those who want to claim these beats ASAP. And there's a good reason to do so - not only does Wirefly not charge any tax in most states and offers free shipping, the price it's offering is also $50 off Sprint's - just $149.99.

The $149.99 price point is available to both new and upgrading customers - a refreshing feat for once, and with the 30-day price protection guarantee, ordering from them seems like a safe bet. My last 3-4 devices came from Wirefly, and I personally never had a problem with them that wasn't quickly resolved. 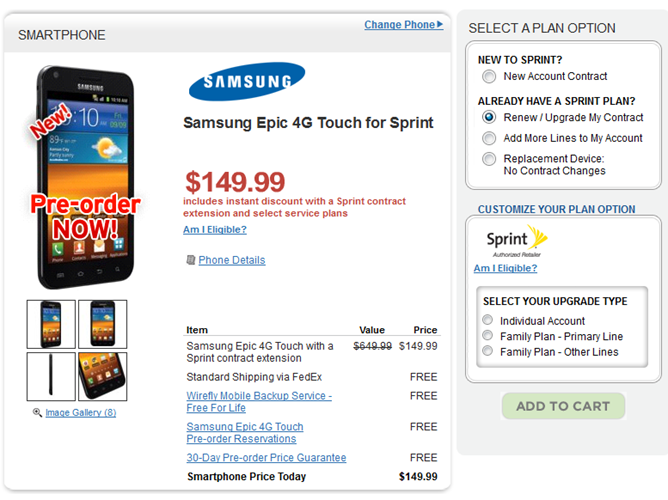 Here's a quick (OK, fine, not so quick) refresher of the specs for the road:

App Review + Giveaway: Out Of Milk Puts Your Shopping List On Steroids, And We're Giving Away ...