No, that isn't a typo in the title - Samsung has indeed just unveiled a 5.3-inch phone, the 'Galaxy Note', at IFA 2011 to join the rest of its growing Galaxy family. The insanely big device doesn't just stop there, though, as Samsung has paired it with one of its Super AMOLED displays at a resolution of 1280 x 800. That happens to be the same resolution as my 13-inch laptop, so you get an idea of just how sharp this thing is, with a pixel density of 285ppi. 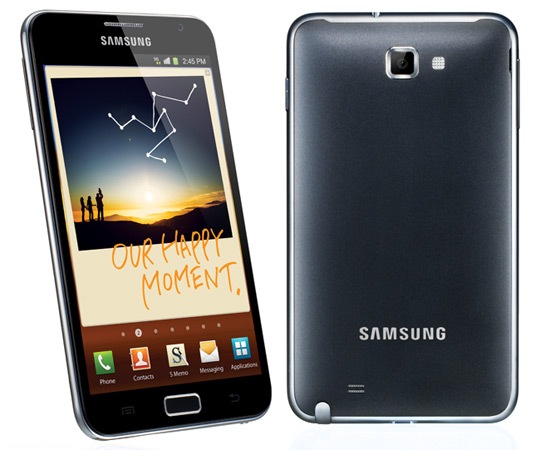 The Note is currently running Android 2.3.5 (Gingerbread), although this could change between now and the phone's release. You will be able to purchase the phone with either 16GB or 32GB of built in storage, although there's no word on a potential release date just yet.

It will be interesting to see just how usable a device as big as the Note can be. The Dell Streak, another phone with a similar sized screen to the Note, never fared too well on the market and seemed to have an identity crisis between being a phone and a tablet. Hopefully, Samsung's latest and greatest will have a better time in the wild once it's released.

Samsung Announces Galaxy Tab 7.7 With Android 3.2 And A Super AMOLED Plus Display