Thanks to Samsung's Unpacked app, we already knew that the South Korean company would be announcing the Galaxy Tab 7.7 today, but now we have official confirmation along with a full list of specs to match.

It goes without saying that the latest addition to Samsung's tablet family will have a 7.7-inch display, but this display will pack a resolution of 1280 x 800, the same as the recently announced Samsung Note smartphone.

The new Tab's similarities with the Note carry over in to the specs as well; both devices have a dual-core 1.4GHz processor and a 2-megapixel front facing camera, although the rear camera on the Tab 7.7 is just 3-megapixels. 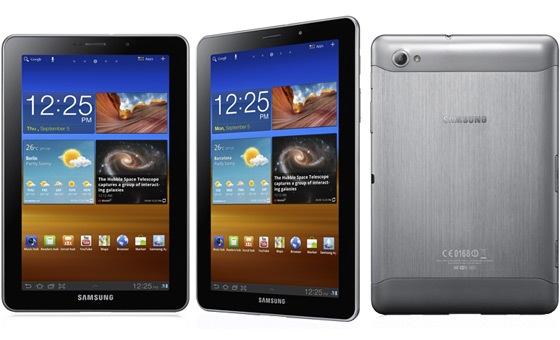 The 5100mAh battery in the new tablet is rated for "up to 10 hours of video playback time", which is sure to please people planning to use the device on a long trip.

The Tab 7.7 will run Android 3.2 Honeycomb when it's released, although Samsung hasn't provided a release date as of yet. If you're eager to buy a Samsung tablet, it isn't as if you're particularly short of options anyway, with the Tab 8.9 and 10.1 already available on the market.