Our daily trawl through the interwebs has revealed an intriguing landing page at Verizon's DroidDoes website for the hotly anticipated Motorola Droid Bionic. 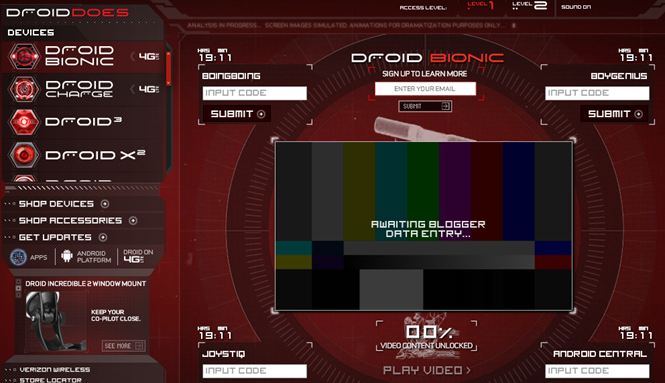 The page at www.droiddoes.com/#/bionic, appearing just a few hours ago, features an old-timey image of a television test pattern with the text "Awaiting Blogger Data Entry...". The image is surrounded by four boxes requiring "input codes" from the blogs Boing Boing, Boy Genius Report, Joystiq, and Android Central. It appears that after the input codes have been entered the video content will be "unlocked" and playable.

Just above each of the input boxes are identical countdown timers which all currently read: 19:11 (i.e. 19 hours and 11 minutes remaining). Interestingly, it seems that Verizon did not factor in time zones into their countdown timer and while mine reads 19:12 in Singapore, my esteemed editor's timer reads 34:13 in San Francisco. The slight difference in minutes is due to the time the screenshots were taken.

Looks like we will have to wait a few hours to see what this is all about.

Additionally, along the top is a bar which shows links to two "Access Levels".

The first screenshots were all from Access Level 1, while Level 2 features the following authentication box: 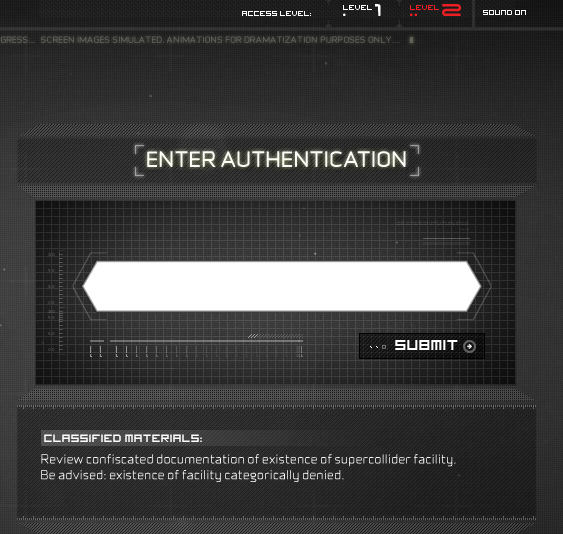 Update: Looks like commenter Thomas Shults has cracked the authentication code for Level 2 Access, which is 242743. Once entered it displays a fairly random collection of "classified material" (click for larger images). 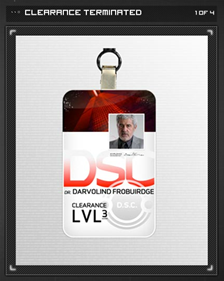 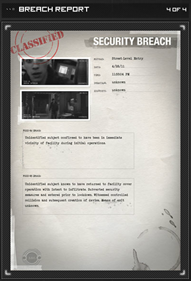 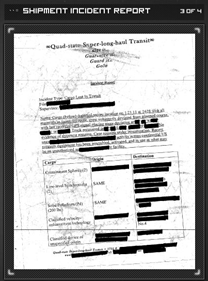 Is that enough to whet your taste buds for this device? Not quite? There's more. Earlier today, we came across an app in the Android Market which appears to be an AR scavenger hunt with the top prize being a Droid Bionic. The app in question is called Droid Bionic ARena by developers MunkyFun, admittedly a suspicious moniker especially considering this is their first and only app in the Market. However, there is compelling evidence to suggest that the app may be the real deal and a part of an elaborate marketing campaign by Verizon. 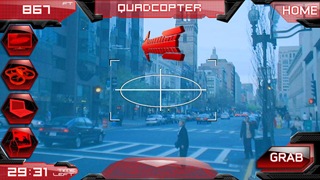 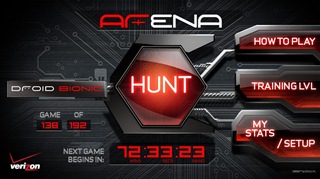 The description for the app states the following:

Join a nationwide Augmented Reality scavenger hunt for the chance to win the highly anticipated Droid Bionic, powered by Verizon 4G LTE. Hunt down exciting prizes like HDTVs, Laptops, Tablets and Quadcopters to enter to win them and the smartphone that controls them all – Droid Bionic. Each day for four days, four lucky hunters will win Bionic and one of the machines – there are up to 192 chances to win each prize. Good luck and safe hunting.
No purchase necessary. 18 yrs or older. 9/4 – 9/7. Rules at DroidDoes.com/Bionic.

The "9/4 - 9/7" portion suggests that the contest will run from 4 September to 7 September, ending a day before the rumoured launch date of the device itself. Additionally, it appears that the rules will appear at "DroidDoes.com/Bionic", which, as mentioned above, is currently inactive. Lastly, the developer MunkyFun appears to be legitimate as its "About" page indicates it is an "independent entertainment software company located in the heart of downtown San Francisco, headed by CEO Nick Pavis, former Director of Game Technology at LucasArts". Of course the app could be an elaborate hoax, but it fits in a little too neatly with all the other rumours.

It looks like Verizon have come up with a fairly intricate viral marketing campaign for the launch of its latest device.