Shortly after the HTC Sensation was released, we covered a seemingly random issue with the touchscreen. Not all Sensation owners experienced this issue, and it's still relatively unknown what the exact cause of the problem is.

However, one of the theories formed on XDA is that it's a grounding issue on some devices. On others, though, the issue seems to be completely software related. If you can easily solve the problem by rebooting or a factory reset, then the fix outlined below will not work for you. If, however, this doesn't remedy the problem - even temporarily - then you should continue reading.

Android Police will not be held responsible for any damage done to your device while attempting the below fix. Proceed at your own risk.

So, what's the issue?

The problem seems to lie with the grounding pin, which resides under the back cover. There are two relatively simple solutions that can correct the issue -- but again, it may not work for everyone. Let's have a look.

Both fixes serve basically the same purpose, just offer different methods of achieving the end result. The first one involves pulling out a tiny metal pin on the device itself that sits just below the back cover: 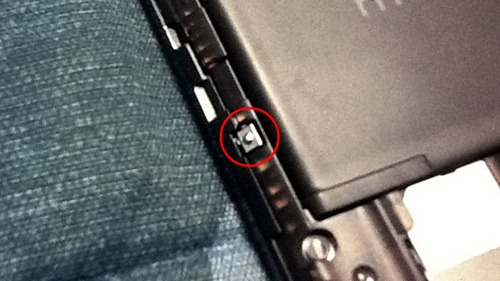 Once you locate the pin, simply slide something under it - a safety pin, small screwdriver, etc - and gently pull it out. Keep in mind this should be a very subtle movement, as you could easily break the pin. The goal is to have the pin come in contact with the opposing metal plate on the inside of the battery cover, thus alleviating the intermittent touchscreen issues.

Like I said, the second fix revolves around the same basic principal: to create a better connection between between the two components. This time, though, instead of working on the phone itself, you're going to be working with the battery cover.

Firstly, if you haven't already, remove the battery cover and find the small metal plate: 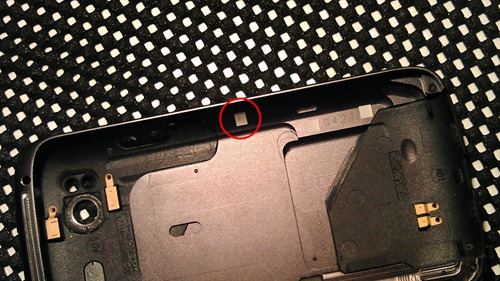 Got it? Great. Now, grab some aluminum foil and fold it over a few times and place it on top of the square, ensuring good contact between the two. Once finished, carefully put the cover back on, making sure to leave the foil in place (or else it defats the purpose). 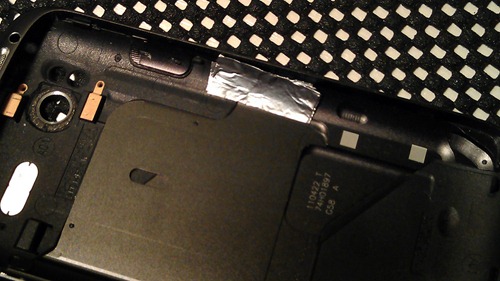 The second solution will work as a good trial run without having to physically alter the device in any way. Once you confirm that it works, you can then perform the other action if you choose. For a more permanent solution, you could drop a bit of solder on the square plate, also allowing for a better connection. This, however, is something that I wouldn't recommend, especially if you've never worked with solder before.

For more information, check out this thread on XDA. Good luck! South Korean Government Urges Samsung And LG To Forsake Android: "We Cannot Go On Like ...