The original Elixir, developed by Tamás Barta, is a powerhouse of system information and control, giving the user quick access to an ocean of information about their device. Earlier this week the same developer introduced Elixir 2, a sizeable improvement over an already handy app.

The most practical improvements in Elixir 2 are the enhanced system info tools, allowing the user to get a quick look at a comprehensive list of system information, including hardware, software, sensors, status, services, etc. The app also enables customizable widgets that display the most pertinent information on your home screen, including toggles for several functions such as Wi-Fi, Bluetooth, and GPS. 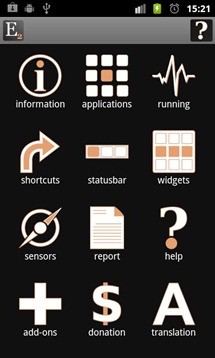 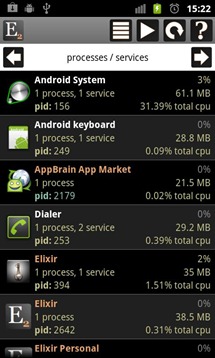 Elixir 2 also offers the ability to view and test all of the device's sensors from one screen. The array of app information has also been upped, allowing for the user to view sub-processes, size, resource usage, and the ability to move to SD or uninstall quickly and easily. For advanced users, Elixir can also check Logcat and Dmesg logs.

The Personal and Admin Addons for Elixir 2 are also handy. Elixer's Personal Addon is an additional app that works with Elixir 2, allowing the user to edit default actions and behaviors for contacts, SMS interactions, and emails. The Admin Addon allows Elixir the control of functions that require administrative privileges, in the same way many security apps require admin privileges to push and pull information from your device.

If you are the type of user who wants complete control and knowledge of their Android device and you weren't already a fan of Elixir, now is the perfect time to check out its latest iteration.