Last week, Amazon Wireless had a deal going for the HTC EVO 3D where newcomers to the Now Network could score the device for $99. Not to be outdone, Wirefly has fired back with an even better deal: if you sign a new agreement with Sprint, you can get the EVO 3D for $50. Also unlike Amazon Wireless' deal, current Sprint customers will only have to drop $100 with a contract renewal, saving around half of the retail cost. 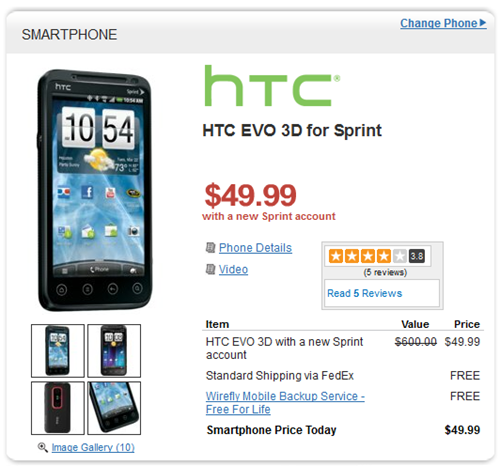 Regardless of whether or not you're into the 3D aspect, this is still a killer device at an insanely good price. Hit the link below to buy.

The Winners Of The Seidio Case And Desktop Charger Giveaway Are...